See also  Ed Sheeran Might Have Teased The Possibility Of Coming Back After His Brief Break From Music-Making!
Menu

See also  Ed Sheeran Might Have Teased The Possibility Of Coming Back After His Brief Break From Music-Making!
Search

Dreamcatcher Makes a Grand Entrance on Instagram with Personal Accounts for INSOMNIA!

YAHOO!! Big SURPRISE for a good year to start. Whole K-POP Fandom is blushing the news of all 7 members of DREAMCATCHER girl group is made online. All its fans ‘InSomnia’ are on cloud nine. On Jan13, 2022 , the official Dreamcatcher group amazed its followers with good news of launching personal Instagram accounts by the seven members.

The news was confirmed on the fifth debut anniversary through the Instagram story. The overwhelming fans are flooding in thus , increasing the followers about 42K to 52K. 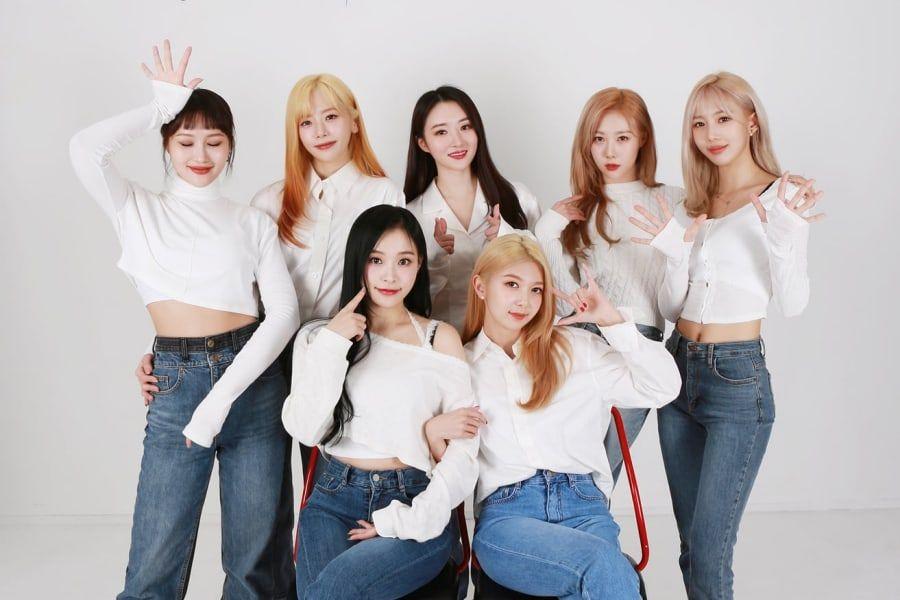 The decision of Dreamcatcher to launch public accounts has put them into the limelight. The first posts of individual members are overflowing with likes and incredible comments. The girl group was formally known as MINX which was consist of five members:  JiU, SuA, Siyeon, Yoohyeon, and Dami. They released several albums under this name and their last release was in July 2015 with the EP LOVE SHAKE.

Later, they announced their re-debuted under the name of DREAMCATCHER in November 2016. They have their steamy comeback in 2017 with two new members :  Handong and Gahyeon. The girl group re-banded under Happyface Entertainment, now named as Dreamcatcher company , made their official debut January 13, 2017, with the single album Nightmare.

Dreamcatcher released their fourth EP, The End of Nightmare on Feb 13 which was proved to be the breakthrough for the girl group . The album build up a new singles-‘PIRI’ which dragged the group to limelight. Dreamcatcher’s signature rock acoustics and integration of music from its namesake musical instrument mage magic together. It was the same day on which Dreamcatcher’s agency, Happyface Entertainment changed their label name to DreamCatcher Company. Then, the group has no turning back.

The Personal Instagram Accounts of all the seven dreamcatcher members are :-

The all-rounder leader, JiU, who is centre of the group and holds the position of lead vocalist, lead dancer and visual position. Her first post to a photoshoot of her sitting in cotton-made clouds is making hearts flutter.

The lead rapper and main dancer, SuA showcased her love for cameras and photos through her post. Her aesthetic sense seen in her multiple photographs left her fans astonished.

The first post of lead vocalist, Yoohyeon is dedicated to the nature. Taking stroll in nature with scenic background adds flavor to the picture making it more appealing. The idol tried to express her feelings and elements of photo with emojis and the date.

With a butterfly emoji, the skillful main rapper, Dami posted gorgeous photo with nature. The beautiful face with hint of calmness and love is creating a heart touching scenario. It explains the real nature of the idol.

Lead vocalist Siyeon ( ______s2ing ) made her entry with a pleasing word ‘ Ta-da’ and glimpse of her neck tattoo. Her unique way to starting Instagram journey was appreciated in many fan pages. With the picture the idol wanted to establish a telepathic connection with fans exclaiming that she knows how much her fans love her tattoos.

See also  Batman: Mask of the Phantasm still remains one the most epic Batman origin movies! Here's why.

Handong, the sub vocalist , is looking mesmerizing in white dress posed with white lace umbrella . The post is attracting a lots of fans and non-fans with its calming contrasting white-green background. Her post’s caption “InSomnia, I’m here” with pink hearts emoji – dedicated to Dreamcatcher fandom is gaining lots of response.

Side by side of making the big announcement of launching her own Instagram account , the lead rapper, Gahyeon surprised her fans with her new hairstyle. Her first post’s comment box is mainly drowning with lots of comments about her short hair and still intact hypnotic beauty even after she cut her long hairs.

Also read: COACHELLA TO BE HEADED BY HARRY STYLES & BILLIE EILISH AND OTHER POPULAR SINGERS TO GRACE THE EVENT!

‘Before We Die’ : Channel 4’s crime thriller is Coming back with Season 2

‘Before We Die’ once again coming on Channel 4 with a new twist The detective thriller drama series ‘Before We Die’ made a iconic comeback with Season 2. The whole storyline revolves around a detective who tries her level best...
Animation

Stephanie Beatriz shocked everyone revealing about her condition Brooklyn Nine-Nine's Detective Rosa Diaz played by Stephanie Beatriz reveals a interesting fact about her first delivery. She quoted she was already in pain when she was recording “Waiting on a Miracle”...
Entertainment

NU'EST' arrives with their last Comeback MV Meeting “Again”  'Happily Ever After' famed NU'EST, abbreviated from New Establish Style Tempo, announced the disbandment of the team with an emotional note. The soul soothing vocal with hint of sad vocals made...
EntertainmentTop TrendingWorldCelebrityShow & Movie SeriesHollywoodTv Show