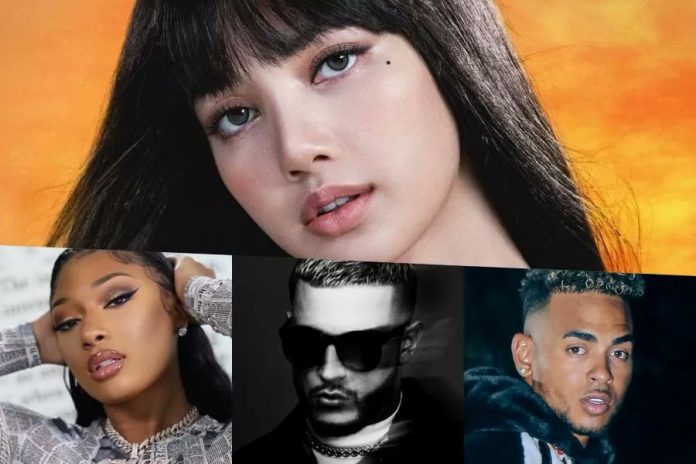 BLACKPINK’s Lisa joins DJ Snake, Ozuna, and Megan Thee Stallion on what looks to be one of the biggest collaborations of the year. DJ Snake and Ozuna has also shared a teaser of their song on his social media on October 13. They both captioned it, “COMING SOON.” Ozuna caught the attention of fans when he first spoke about this at the 2021 MTV Music Awards.

Snake made a few tweets earlier, which are now deleted. In that, he tagged Lisa and shared a clip of her singing, “All Night Long.” When a curious fan asked if a possible project is in the works, Snake replied, “Everything is under control – Shooting the video soon.”

See also  The Most Unusual Hotels Around the Globe

Both Snake and Ozuna uploaded a 30-second clip on their social media handles yesterday. We see the French record producer make a starry entry in a bright orange Rolls Royce. As he drives off, the camera pans to four other cars. Each of the cars’ number plates had the singer’s name and the place of an American state. Lisa had California, Megan had Texas, Snake had New York, and Ozuna had Florida. The song also has a catchy beat, which is the signature of all DJ Snake songs.

Snake had spoken about a possible collaboration a while back, but not much was revealed afterwards. A BLINK tweeted in August that DJ Snake has been real quiet after his announcement. Snake said that they will start soon and that he shared only because everyone kept asking.

BLACKPINK is now part of yet another international collaboration. The South Korean girl group had joined artists like Dua Lipa, Lady Gaga, Cardi B, and Selena Gomez. However, Lisa is the one who is in all the news thanks to her record single, Lalisa.

Also read: DAY 6’S YOUNG K SHARES A MESSAGE TO FANS AHEAD OF HIS MILITARY ENLISTMENT