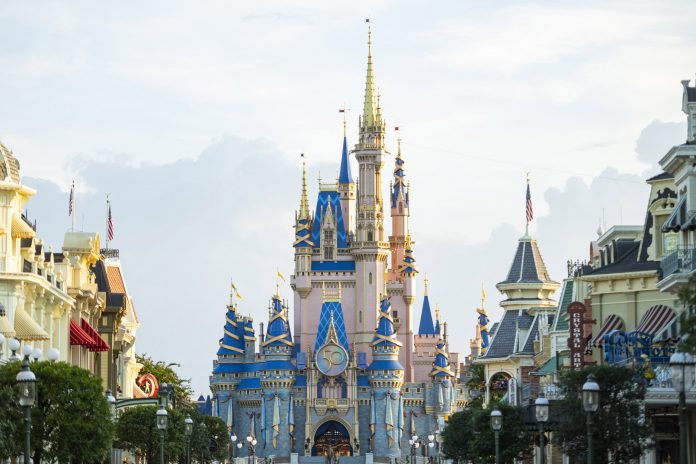 There has been a special water attraction at the Walt Disney World which was seen before it was closed. It was a lazy river or a flood with a knee length depth running down at the resort’s Hollywood Studios Park.

Many people captured the moment and posted on their social media account. In those videos, people can be seen splashing water over each other, dragging their feet or jumping around there.

This was me approx. an hour ago… not shown is a person doing push-ups in the rainy street and someone body sliding into the puddle pic.twitter.com/qJq7DfEbPZ

The TikTok user, who had posted a video of that sight went too popular. Further, his video has been shared, retweeted and posted by many people on their social media account.

How Come It Happened?

The river like formation in the streets had been possible because of the downpour that had hit hard in the area. Further, it seemed that everyone would go back in shorts through the running water which was rolling down the street.

It is very annoying when it starts to rain on a happy day of outing but not this time in the Disney World. Everyone out there seemed to be enjoying on the street with water rolling down there.

The BBC weather broadcasting presenter, S. Thornton had visited the Disney World and posted a view of that evening on her Twitter account. Further, on her post, she captioned that there has been a flash flood out there in Disney World. Even a member from her cast has never seen such a view since last 17 years.

Even as per the climate news, National Weather Service, that area was expecting a considerable amount of rain at the time when the park closes.

Disney has been asked for further updates and comment about that evening by many news channels.