Batwoman Poster Reveals the Season 1’s Big Bad? But Why Show is Being Disliked? 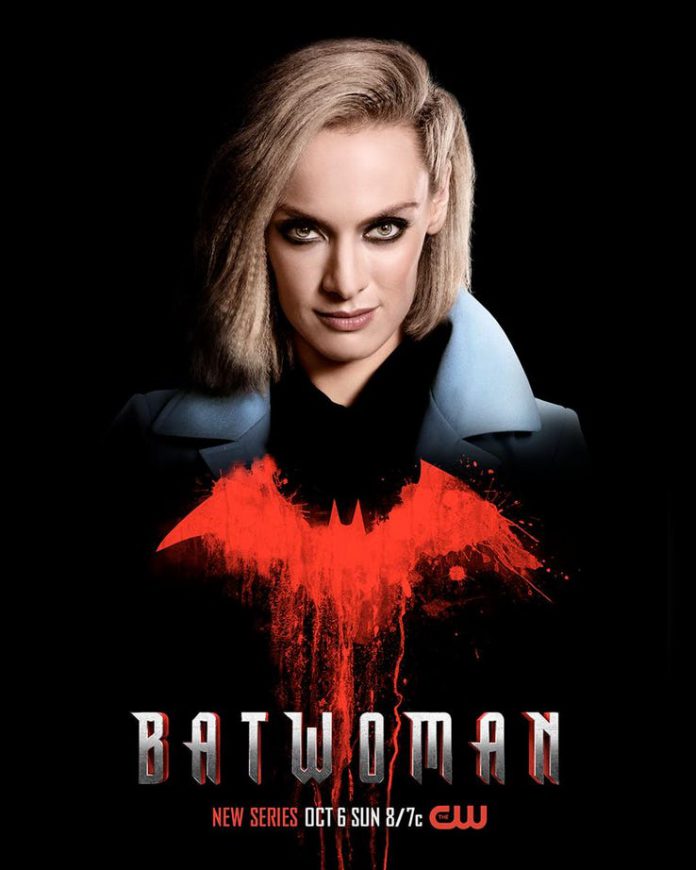 The new poster for Batwoman series was shared by on the official twitter handle of Batwoman reveling the first major villain to face off Ruby Rose’s Batwoman in the upcoming CW series. The poster shows a psychopathic Alice looking over the blood-red sprayed Bat symbol captioned, “Alice has other Plans for Gotham,” which you can see below.

As we say, “The hero is only as good as the villain” while Ruby Rose brings Kate Kane’s Batwoman to life on screen with Rachel Skarsten looking to play a great foil to Rose as the villainous sociopath Alice in the series. Alice first appeared in Detective Comics#854. Greg Rucka and J.H. Williams created her as an eccentric and violent foe for Batwoman. It is later revealed that Alice is named Beth, and is the identical twin sister of Kate Kane, who was once thought to be deceased.

This won’t be the first for Rachel in a DC comics -related series, having appeared as Dinah Lance in the Birds of Prey. She was also seen in Reign, Wynonna Earp, and Imposter before staking her claim for Alice the foe of Kate Kane.

Batwoman looks to carry the baton forward for DC after the mysterious disappearance of Batman Gotham is a city in despair. Jacob Kane (Dougray Scott) and his military-grade Crows private security now protect the city, Alice in the Wonderland gang targets crow by kidnapping one the best crow officer Sophie Moore (Megan Tandy). Kate, in order to protect his family and the beloved city, becomes one thing her loathes- a dark knight vigilante. However, Alice is revealed to be Beth assumed-death, twin sister of Kate. Sounds interesting? We will find out once the show is aired.

With the show garnering positive responses despite attracting some predictable criticism during last weeks San Diego Comic-Con, and addition of the supervillain the show is primed to take the limelight for DC when it debuts on CW later this year on 6th October.

Previous article
Has Poldark got cancelled or is set to return in another avatar later?
Next article
Remember 9/11 with Kristen Johnston, The story reveals the secret?