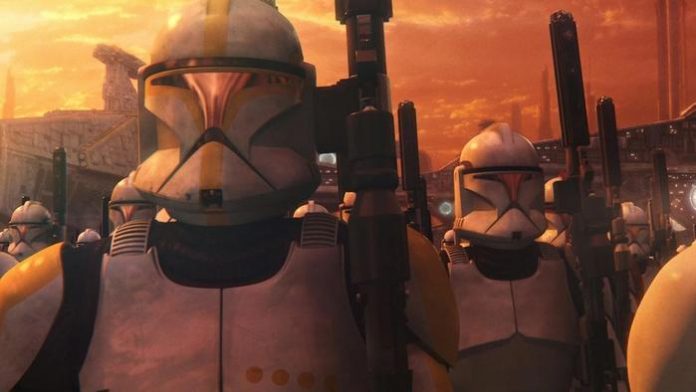 Over the course of the holiday weekend, the recent Star Wars Celebration has generated a lot of news for the brand, from many announcements of prospective shows like Star Wars: Skeleton Crew to existing shows acquiring a second season.

In actuality, there were other announcements about Andor throughout the Celebration as well. In order to give fans a sneak preview of the series, which has been dubbed a Star Wars “espionage thriller,” Lucasfilm has finally released the first teaser trailer for the first batch of episodes scheduled to air this fall.

Numerous well-known actors, like Mon Mothma (Genevieve O’Reilly) and Cassian Andor (Diego Luna), appeared in the Andor teaser trailer, along with several others from the prequel trilogy. For the first time since the prequel trilogy’s conclusion with Revenge of the Sith in 2005, fans were able to catch a brief glimpse of Clone Troopers in the trailer.

The recently released teaser also teases the show’s political undertones, including some sequences in the Imperial Senate, which will be seen on screen for the first time since it was created from the ruins of the Galactic Republic in Revenge of the Sith. Tony Gilroy, the show’s creator, acknowledged during the Celebration that a five-season run was originally planned, though it appears that has since been reduced.

Gilroy recently noted in an interview with ComicBook.com that “originally we thought ‘well, maybe we’ll do five seasons’, but it’s just the scope of the show.” “Everyone will likely forgive us after the show airs for not doing that, in my opinion. It’s simply not physically possible because the show is so large. Then we asked ourselves, “What are we going to do?” And because we knew where we wanted to go, the solution ended up being really elegant and wonderful. Sometimes you just get incredibly lucky, and our case was one of those times with the solution.”

The first two episodes of Star Wars: Andor will debut on Disney+ on August 31. The remaining ten episodes will be released monthly.