See also  Stephen Curry buys Atherton Mansion at a whopping price of 31$ million. Check out for details..
More
HomeTop TrendingAge is Just a Number: Prove the new talk of the town,...

Age is Just a Number: Prove the new talk of the town, Camila Morrone and Leonardo DiCaprio. 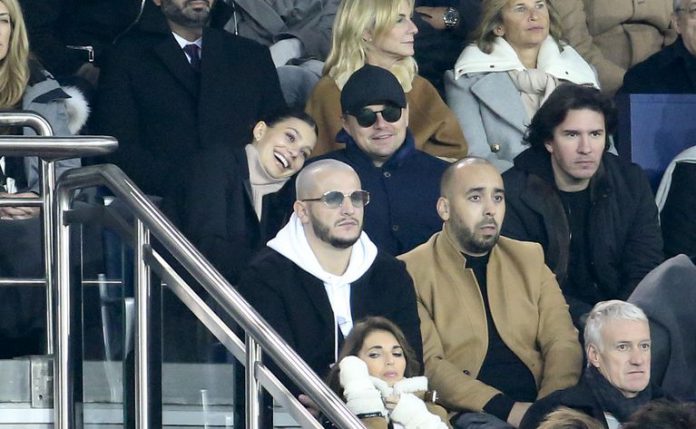 The relationship of 22-year-old Argentinian actress and model Camila Morrone and Oscar-winning actor Leonardo DiCaprio is the talk if the town. DiCaprio, now 44 has been doing rounds in Hollywood for over a year and a half with no official statement from either of the duo to clear the mist in the air. The couple shies away from being photographed, the actress being active on Instagram has also never shared a single photo.

New. Leo hits the beach with his girlfriend Camila Morrone and a group of friends on Sunday (July 14) in Malibu……❤❤❤❤ #leonardodicaprio #new #camilamorrone

The Death Wish actress shared a series of black & white images of iconic Hollywood couple, Lauren Bacall and Humphrey Bogart, captioned “A love like this.”  Bogart and Bacall famously met on the set of 1944’s To Have and Have Not when she was 19, and he was 45. Bogart’s third marriage to wife, actress Mayo Methot ended up soon, and Bogart and Bacall tied nuptials in 1945. The couple were together until the Bogart’s death in 1957; the couple had two children together during their marriage. Morrone’s Instagram feed with a romantic caption was an apparent reference to her relationship with DiCaprio.

As it seems the actress wants to resonate the iconic Hollywood relationship which draws parallel to her romance with Leonardo, an age gap of 20 plus years, a successful marriage. Morrone is not ageistic, and the 22-year age gap doesn’t make any difference in her yet to be announced a relationship with DiCaprio.

How wise the move was to announce your relationship to the world and also brush away awing age gap with a single stroke, some comments were indeed not what the model would have hoped as the post was flooded with negative comments. One user wrote, “you only have a couple more years before he dumps you girl! Collect your bag,”, while another wrote, “Leo only cares about your body.” Some supportive comments were also to be found, but the actress took to Instagram live to shun the trolls by wishing people good morning and happy Friday. She read the comments on her Instagram and found people so mean and full of anger with people that they know nothing about.

She further hopes that this Friday person learns to live with a little less hatred and place their time and interests elsewhere because living without hatred feels pretty good.

So, what’s next? Is the relationship official and is the just a number even after 25-years for Leo? Smells interesting.