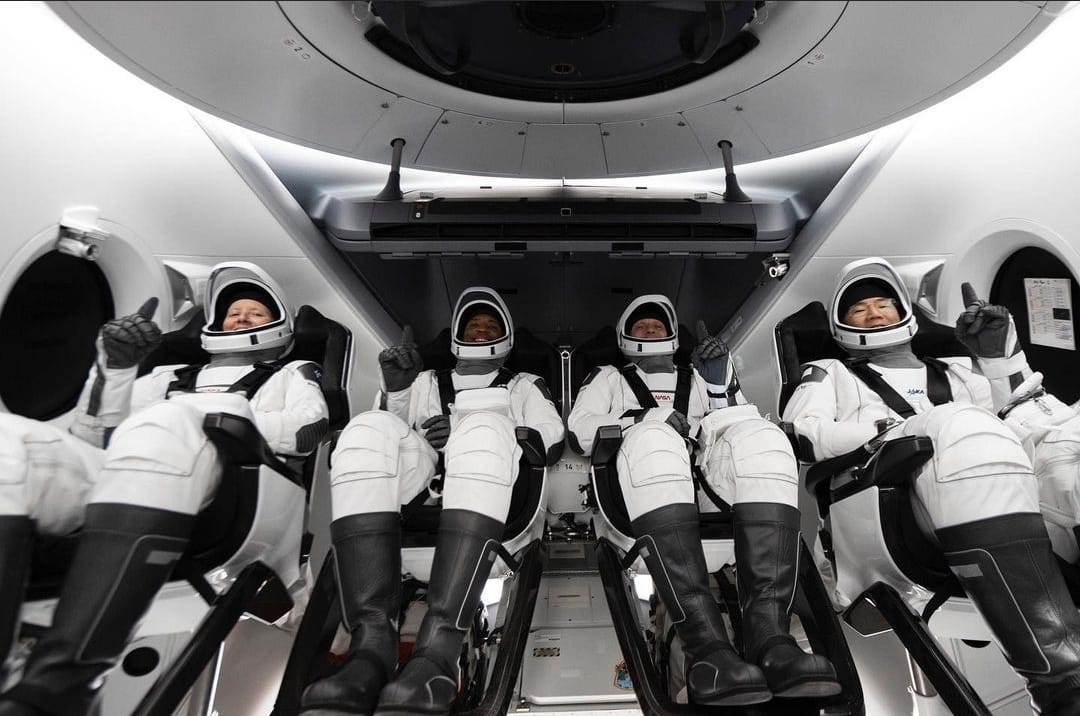 Every time SpaceX launch a mission it always leaves a mark of success. So, recently SpaceX has launched crew of four astronauts to the International Space Station. The Falcon rocket was launched from Kennedy Space Center. The crew members are from NASA and JAXA (three Americans and one Japanese). The crew members are Shannon Walker, Victor Glover and Michael Hopkins belongs to NASA whereas Soichi Noguchi belongs to JAXA. The rocket was launched at 7:27 PM EST at Kennedy Space Center in Florida.

There were number of milestone which SpaceX had to cross which include demonstration of  launching of the record. In demonstration both launch pad abort and post-launch abort emergency safety system both were observed. All the launching work, docking and landing was managed by SpaceX’s autonomous software and navigation.

However, three out of four astronauts in the team have already been into the space trip but for NASA’s Victor Glover it’s his first time. After reaching International Space Station, these four will join NASA’s Kate Rubins, Roscosmos Consmonauts Sergey Ryzhikov and Sergey Kud-Sverchkov.

What is the current status of the crew and the rocket

The crew is doing good and everything is going according to the plan so far. Before the crew reach International Space Station, the rocket will first have a trip of 27 hour. The docking of the rocket at ISS is scheduled at 11 PM EST on Monday night.  Once the crew members reach International Space Station, they will stay there on duty till June, 2021.

However, there was only one issue while launching of the rocket that is weather. Therefore team decided to delay the flight by 24 hours.