Eden: What will happen when there is a single human left in the world of robots? Check out all latest updates on this Netflix original anime series. 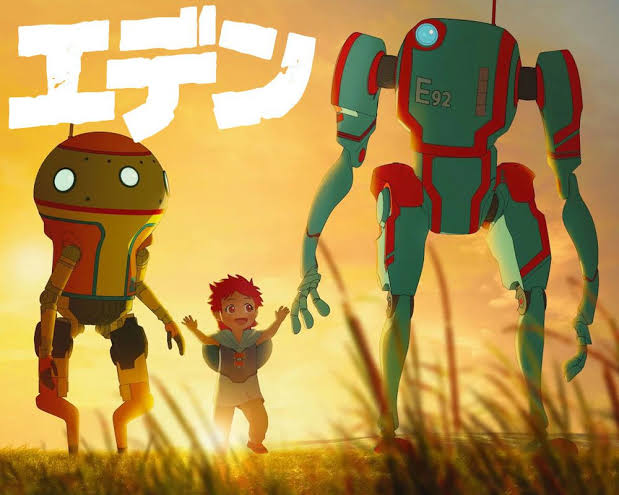 EDEN Netflix Original sci-fi fantasy anime series that has been created by Justin Leach. The show is going to be directed by Yasuhiro Irie, who is known for directing the renowned Full Metal Alchemist series. EDEN is going to be fully owned by Netflix and hasn’t been partnered with any other studios in its creation. There isn’t even a manga of the show. But the animation will be done by Qubic Pictures and CGCG Studios.

The show was expected to arrive in Fall 2020 but no further updates have been given yet. There are chances that the production has been delayed due to the COVID-19 pandemic, but hopefully we will get to see it by late 2020 or early 2021. Also, EDEN will be aired worldwide and is not going to be aired in Japan first.

The plot of EDEN is the future, as one could understand from the first image released. It takes place thousands of years into the future, in the city of Eden 3. The city contains only robots as the humans, who were their creators and master’s had disappeared long ago.

The robots lived their lives similar to humans and one day, two farming robots come across a baby girl, while on a mission on the outskirts of Eden 3. They decide to adopt the girl and raise her outside Eden, as many robots still considered humans to be evil and they feared for her life. In the trailer, we see them take in the young girl, whose name is Sara, and we will get to see her grow up and discover more about herself and the world she lives in.

It’s reported that season one will contain four episodes with a run time of 25 minutes each.

Previous article
This Black Hole is blinking and its the first time astronomers have seen anything like this!
Next article
Alex Trebek will continue to host Jeopardy as long as he doesn’t slip! Check out what exactly he had to say.