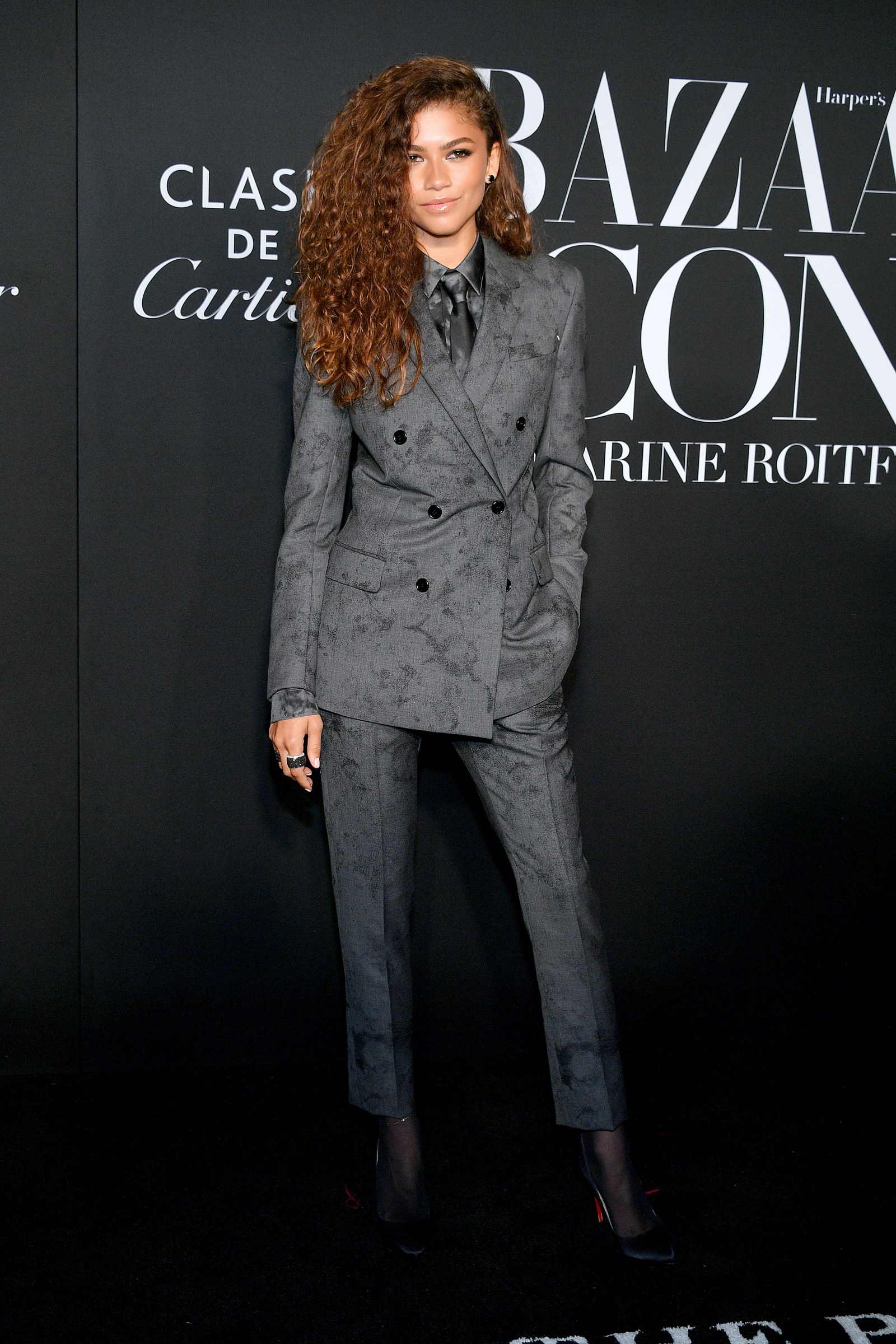 Zendaya recently wore the same suit as Michael B. Jordan, and we’re loving it!

The Shake It Up star attended the Harper’s Bazaar Icons party during New York Fashion Week on Friday, September 6.

She wore the same textured charcoal gray Berluti suit as Michael. While attending the Vanity Fair’s Oscars party back in February, Michael had opted for the said outfit.

Obviously their #Twinning moment has fans to decide who wore it best.

One fan contemplated “Imagine outdoing Michael B Jordan,” before reaching the conclusion: “Only Zendaya could 😍.”

imagine out doing Michael B jordan … only zendaya could 😍 https://t.co/rdXXZAIzHE

Suits were made for women case closed period 👩‍⚖️ pic.twitter.com/nZnb5myWZa

Amidst all this, Zendaya’s stylist Law Roach also join the discussion. He posted both looks in his Instagram page asking followers “Who you got Z or B???? wearing @berluti.”

Meanwhile, the social media brigade seems to be on Zendaya’s side, and it looks that Michael would agree.

Later, the Black Panther star too joined the debate when The Shade Room shared a side-by-side photo of the two stars. They asked about “who did it best?”

To which, Michael commented: “Zendaya, hands down no contest.” 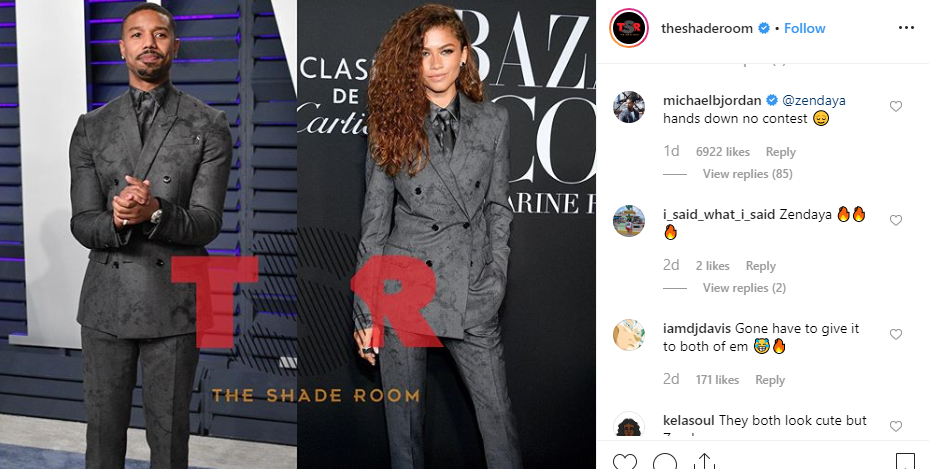 But Michael also looks handsome in that suit. Right? It’s OK to be obsessed with both of them! However, there are some minute differences to both the takes on this iconic outfit.

According to ET Online,  Zendaya completed the look with a matching tie, sheer black tights, and black velvet Christian Louboutin pumps. While Michael chose to drop the tie. Instead, he paired his suit with patent leather dress shoes.

Lately, Zendaya is filling her wardrobe with suits. She wore a ‘70s-inspired burgundy velvet suit from her ‘Tommy x Zendaya’ collaboration when she won a Fashion Force award at The Daily Front Row’s Fashion Media Awards earlier this week.

Khloe Kadarshian reveals about how Tristan tried to kiss her at their daughter’s birthday party. Check out for more details..
When Elvis Presley appeared on ‘The Sullivan Show’ in 1956; Remembering the legendary music icon