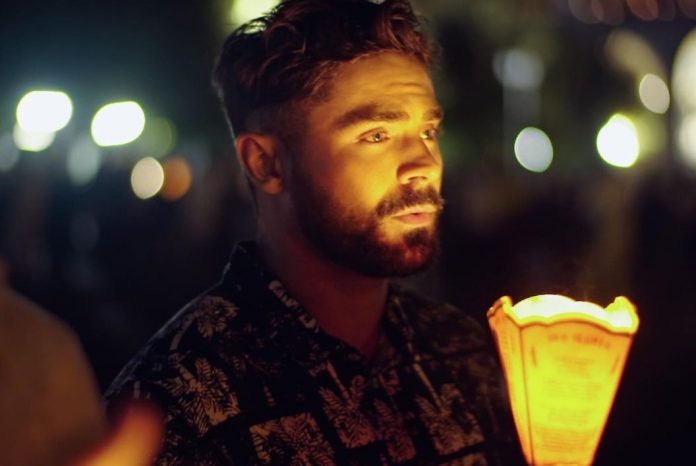 Zac Alexander Efron is an American actor who has played leading roles in High School Musical Trilogy as Troy Bolton. He has also starred in the film Hairspray and a comedy film 17 Again. He has also done a documentary series on Netflix called Down To Earth with Zac Efron. He has won Daytime Emmy Awards too.

This week, the transformation of this The High School Musical Actor has astonished his fans as he shows his incredible transformation. He has played a role of a charming boy in boy-next-door. Now he has transformed himself into a pumped bodied man.

He showed his first look when he came to shoot with his crew members. He looked handsome with a bottle of drink in his hand and talking to his crew members. His fans are shocked and surprised as well. There are soo many tweets on twitter which appreciate this gym look of him. Some of his fans also compared his abs and body with hulk. One fan tweeted that ‘He looks like 80’s hulk!’

Other fan tweeted that we can cast Zac in Hulk remake by painting his body green. Some other fans said that we should make Zac as our real life hulk. Few fans still can not believe his transformation and are very excited to see him playing the role of a wrestler.