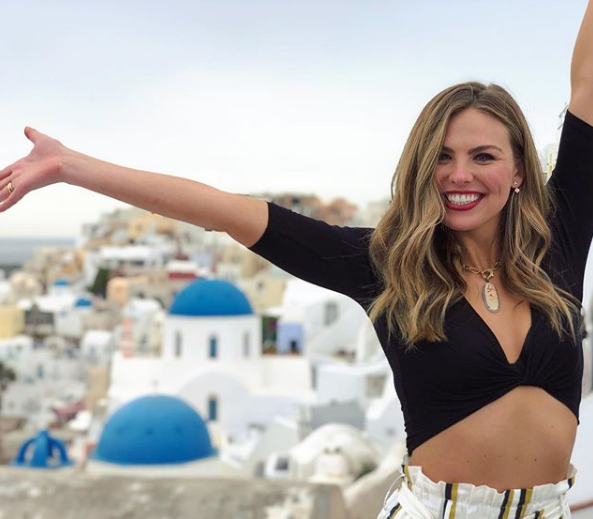 ‘The Bachelorette’ season 15 might have been over but not the drama surrounding Hannah Brown.

It’s a globally known fact that the American model and 2019’s Bachelorette, Hannah Brown had picked Jed Wyatt over Tyler Cameron in the 19th season of the show. “I love someone else. I am sorry”, she had said to Tyler in the final leg of the show and thereby getting engaged to Jed.

However, the engagement was very short-lived as Brown learned about Jed’s girlfriend outside the show to whom he had promised to return after the conclusion of the show. It led to a confrontation between the two and Brown calling off the engagement with Jed.

Are Hannan and Tyler together again?

Things had started to appear smooth again, and everyone believed that Brown would reconcile with Cameron, especially when she asked him out for a date on the Bachelorette Finale. There was frenzy among fans when their favorite was spotted leaving Brown’s place on Friday morning in Los Angeles.

Talking about the night with Tyler, she says that they hung out and talked about everything. People might not believe, but they just hung out and talked a lot as they had a lot to talk, and it felt good to be able to catch up finally. But they are still trying to feel how they feel, she added. Showing her support further, she says that though she clueless about Tyler’s thoughts of wanting to be the bachelor but he has his options open, and if being the bachelor is one of his options then she will support him always.

Brown is not in a rush to get into the second relationship. She is taking time off for herself, to pamper herself in her well-deserved break after The Bachelorette. Only time will tell what will happen to this old love story or if we’ll see Cameron as ‘The Bachelor.’

Lucille Ball’s daughter Lucie Arnaz got the advice which worked for her life!
Shaking and Crying; those were Ariana Grande’s emotions after performing a duet with her idol legendary Barbara Streisand.
Comment