Although Wolverine  is not a philosopher, he certainly is not without wise insights. Everyone seems to believe that Krakoa is an untroubled mutant paradise, and Logan also seems  to be pretty happy, the century-old soldier seems to know better. Now, he has pointed out a major flaw in the immortality of Xavier’s resurrection process . ie mental trauma.

Wolverine expresses his concern for the children of Krakoa in an argument with Magneto. Magneto, in turn assures Logan that the children are all safe, and  also confirms that if anything were to happen to them they  all could just be  safely brought back through Krakoa’s cloning process. Until now the process has seemed to be almost  flawless. Brand new bodies were cloned and was uploaded with the consciousness of the individual who passed away. But Wolverine is coming up with a new point.

Dying itself is immensely  a traumatic experience. Dying again and again over the course of time will certainly take its toll.  The new status quo for the X-Men means that dying does not seem to have any material consequences, but it does not mean that it doesn’t have any mental or emotional consequence. Wolverine is concerned not only about the safety of the children, but also about  their safe development as healthy adults.

Although Wolverine is not pressing this issue further or teasing out the idea, there are certainly unsettling implications for what this could mean in Krakoa’s future. Nobody is presented the option to willingly choose to die and reject resurrection, Wolverine’s thoughts raises the question if anyone ever would? 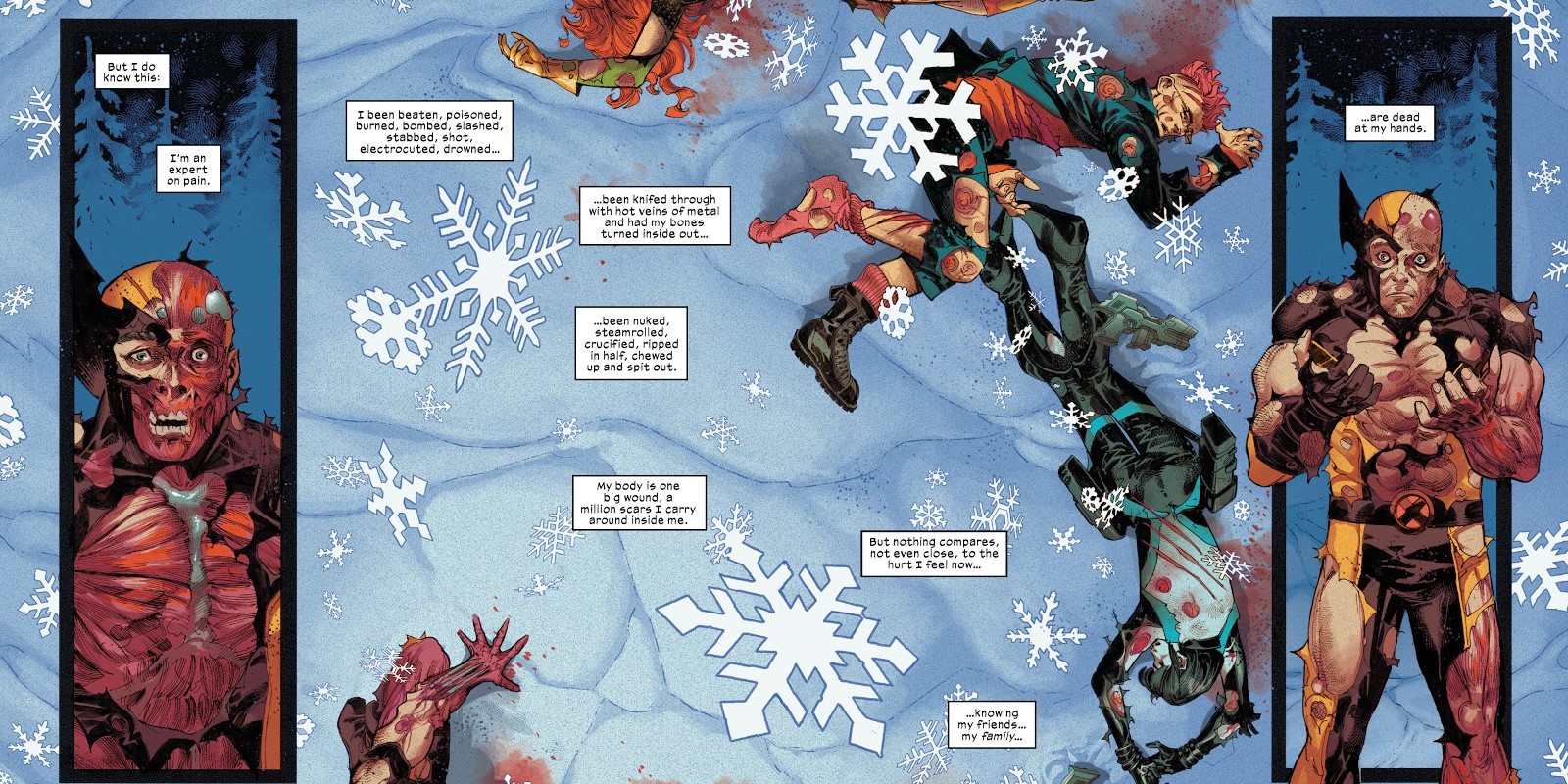 Only Wolverine can speak quite knowledgeably on this topic. Wolverine is nigh-immortal and he has suffered unending amounts of pain over many years. Wolverine #1 even opens up all the ways, how his body has been destroyed over the years, from being nuked to how his bones turned inside out.

Wolverine himself has managed to remain a hero over the years.But there’s no doubt that time weighs heavily on the state of his mental health. The question he raises may become a looming threat to the new status quo that only few mutants have noticed.