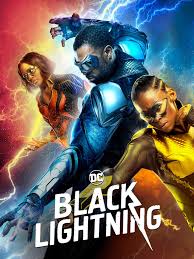 It’s time to rejoice as the CW network has renewed several shows and series this year and it seems like the young team of superheroes will be returning soon. However, fans are curious about this one specific show as well.

Popular series Black Lightning he also been renewed for a fourth season! However, like many of the other shows, this one is also going to air in 2021 on CW and Netflix as well. So, there’s going to be a little bit of waiting to do. The official social media page have already released a short teaser confirming the season 4 premiere which is happening on February 2021.

This delay in the release of all the latest seasons is due to the sudden outbreak of the pandemic which has forced the studio to halt production for a while. So, this is why most of the newly renewed seasons are not coming anytime before 2021 on the streaming platform and CW.

What’s Next For The Gang After The Big ASA Revelation In Season 3 Finale?

The third season finale ended on a rather dramatic note with Jefferson, Jennifer, and Anissa Pierce as they went on to expose ASA and how they tried to create super soldiers while we only experimenting with the children of Freeland. So, expect loads of action in the upcoming fourth season.

There’s something in the water… pic.twitter.com/82aEjWsIXS

Moreover, while things did not end well for Gravedigger in the third season, he is still out at large and might attack yet again in season 4.  So, the gang needs to be prepared for more as the challenges might get severe this time! We cannot wait to see what’s next in this popular CW show.

The Writers are Finally Done with the Script of the Popular Fantasy Drama ‘Lucifer’ Season 6
Looking Out for Some Interesting Shows to Binge Watch? Disney+ might have the Answer