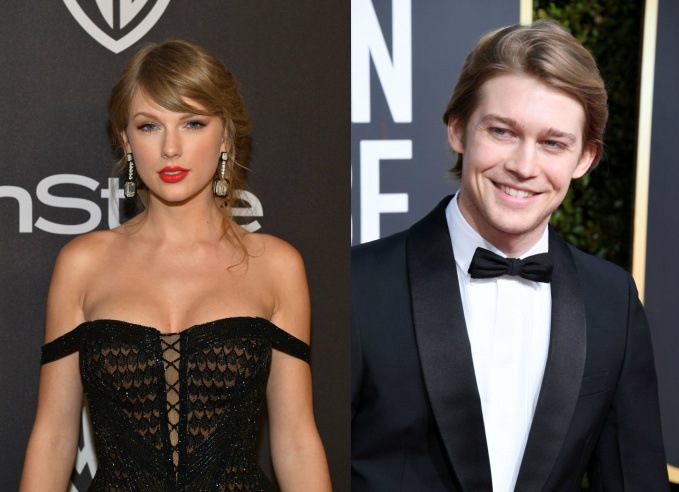 Taylor Swift, 29-years-old, is in love with another “London Boy” and although the “Lover” singer has been tight-lipped about the details of their romantic relationship, she has been secretly and quietly dating Joe Alwyn, 28-years-old, since three years.

The couple has been really low-key ever since they have started dating. The romantic couple was spotted as they were boarding a private jet on Sunday in Rhode Island.

In the photos that were released late yesterday and the couple can be seen boarding the private jet separately after enjoying a weekend stay at Taylor Swift’s mansion located on Rhode Island.

Taylor Swift has bought a private jet for the first time in 2011, and now Taylor Swift is around $300 million worth.

The couple was seen dressed casually for their plane ride back home. Taylor Swift was seen wearing a white t-shirt and a cropped pair of faded skinny jeans while she topped off her look with a pair of sunglasses and a low ponytail. Joe Alwyn had appeared wearing a black knitted top and was seen carrying his own black duffel bag himself onto the aircraft.

In the year 2013, Taylor Swift has purchased her Rhode Island beach-front mansion for a massive $17 million. The beach-front mansion was built in 1930 and is spread across 11,000 square feet. This mansion is located at the highest point in Watch Hill and offers a stunning view of New England.

Recently, Taylor Swift has declined to comment on her low-key relationship and said that her relationship or its status is not up for any discussions.

Bradley Cooper is dating Laura Dern? Laura Dern says something that people are disappointed to hear!
“Daughter takes on Mother’s place!”: Christie Brinkley comes to ‘Dancing with the Stars.’