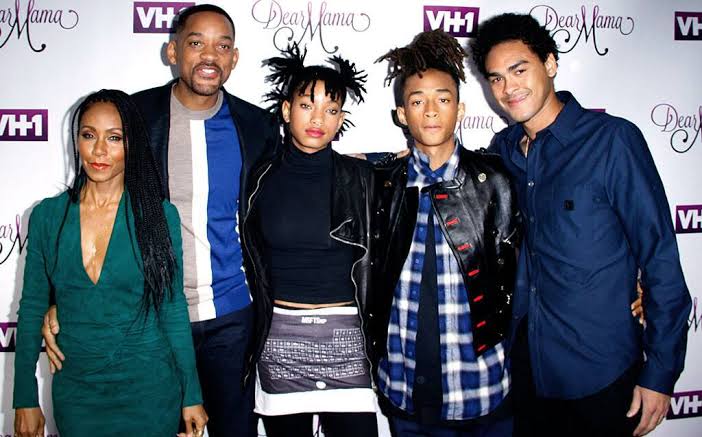 Will Smith and his family have enjoyed the same level of attention and popularity in all platforms. They even have their own YouTube channel where they show their vacation moments and daredevil stunts, among other things, and an year ago, Will’s wife Jada, their daughter Willow, and Jada’s mom Adrienne have started a Facebook Watch web series called Red Table Talk which even earned a daytime Emmy nomination.

But this wasn’t always the case. Six years ago, the family was branded as “freaks”, “weird”, and “strange” for their parenting of their kids Willow and Jada, and Will’s son from his previous marriage Trey Smith.

In 2013, the couple started speaking about how they had been letting their kids think on their own, and to not follow heteronormative standards. They received some heavy backlash for their parenting methods, and the kids had to endure most of the criticism.

Many people with negative opinions came out online, which included people from the Black community, when Jaden moved out of his family home at the age of 15. He also received flak for wearing a skirt in 2016 for a Louis Vuitton fashion week. In the years that followed, Willow and Jaden were criticised and ridiculed for everything that they did.

In 2013, Will also stated in an interview that he and his wife do not punish their kids, and the style they’re following is to give them as much control over their lives as possible. The kids were given support to follow whatever caught their interest and learn from it and due to all that, we get to see them following healthy passions instead of partying and becoming drug addicts like most celebrity kids.

The conclusion is that, the Smiths are much ahead than other parents when it comes to parenting, and thanks to them, weird is the new cool.

Castlevania season 4: we bet you didn’t know these updates before. Read to find out along with release date, plot and more.
Everyone’s Favourite Jennifer Lopez Lost her Heart to Several Times to People