The American Senator Cory Booker has wedding bells on his mind already! After dating girlfriend, Rosario Dawson, for just a year, the Presidential candidate has hopes to marry his Righteous Activists girlfriend soon. 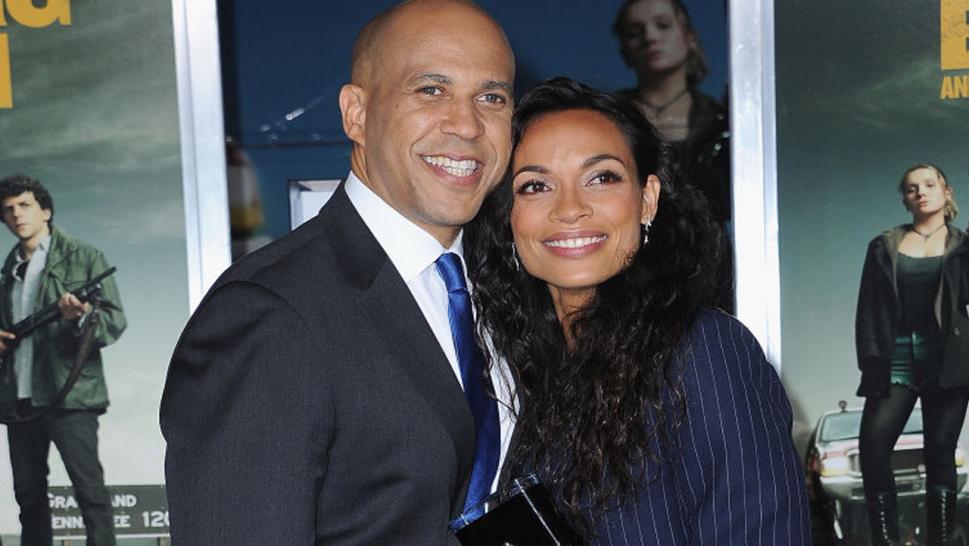 On Monday, when the Presidential hopeful finally shared the couch with Wendy Williams, on her famous talk show “The Wendy Williams Show,” Booker did not shy away from expressing his future expectations of marrying his current girlfriend when asked about his marriage plans.

While talking about politically sensitive issues like the legalization of marijuana and string theory, considering the appearance on the show was an integral part of his campaign, on the topic of marrying his girlfriend, the Politician said: “Look, I have hope, I have hope!” He further gushed about his girlfriend and her amazing work with further promising a tasteful ring to compliment her, which he would pick himself if he were to take the next step into the relationship.

How the two met…

The Presidential hopeful has a lot of gratitude for Sarah Silverman because he met the love of his life at the roof party the comedian hosted. The politician very fondly recalls the party as an amazing one and explains the whole story in a very fond way. Even after admittedly being a very confident man, the Senator admits that he felt a lack of confidence while asking for her number. After taking his time and late at night when fewer people were hanging out, he finally called the shots and scored a girlfriend of a lifetime!

The couple has been fairly public about their relationship and has never shied away from displaying their affection towards each other. It wouldn’t be wrong to root for possible marriage in the future now.