Wally Cleaver “Leave It to Beaver” Played by Tony Dow died at the age of 77!! Details Inside.. 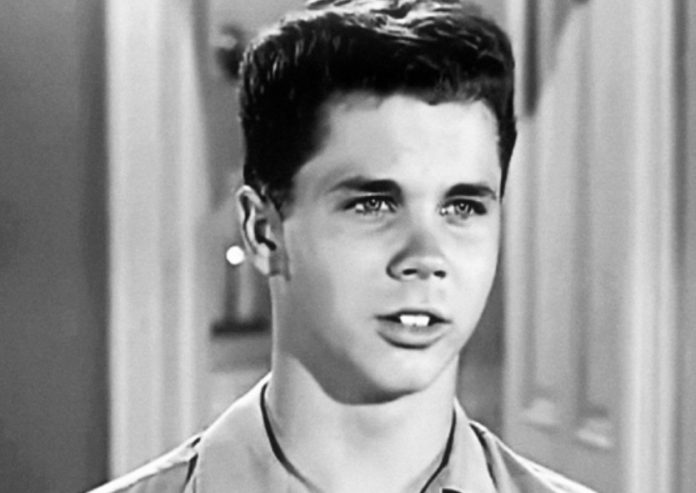 Tony Dow, who played Wally Cleaver on the classic sitcom Leave It to Beaver, has died at the age of 77. Dow was just 12 years old when he was cast in the role of Wally, the older brother of Theodore “Beaver” Cleaver (played by Jerry Mathers).

Leave It to Beaver ran for six seasons from 1957 to 1963 and became one of the most beloved television shows of all time. In addition to his work on Leave It to Beaver, Dow also had a successful career as a director and producer.

Dow appeared in all 235 episodes of the series, and he also directed several episodes. After “Leave It to Beaver” ended, he went on to star in other TV series like “My Three Sons” and “The Young Rebels.”

His directing credits include episodes of such popular shows as Laverne & Shirley, The Wonder Years, and 7th Heaven. Dow will be remembered not only for his work on Leave It to Beaver but also for his kind smile and warm personality. He will be missed by fans all over the world.

Dow’s family confirmed his death to The Hollywood Reporter. No cause of death was given, but Dow had been battling cancer.

In recent years, Dow reprised his role as Wally Cleaver in several reunions, including a 2000 made-for-TV movie, “Still the Beav.” In an interview with THR in 2013, Dow said that he enjoyed revisitng his iconic character.

“It’s always nice to go back and see everyone again,” he said. “We’re all different now

His passing was announced on his official Facebook page on Tuesday morning. “We share with you the passing of our dear Tony this morning with the deepest sorrow. The letter from Tony’s management team described him as having a “wonderful spirit” who was kind, empathetic, humorous, and humble.

In May, Dow and his wife Lauren revealed that the cancer that he had been previously diagnosed with had come back.

Dow was born in Hollywood, where his mother worked as a stuntwoman in the early days and Clara Bow’s stand-in. He had won the diving competition at the Junior Olympics, but he didn’t have much show business experience when he went along with a friend and ended up going to the Wally audition and getting the part.

Following “Leave It to Beaver,” Dow made guest appearances on a number of television shows, including “General Hospital,” “Mr. Novak,” “Never Too Young,” “Lassie,” “Love, American Style,” “Square Pegs,” and “The Love Boat,” in which he also starred. Additionally, he portrayed himself in the 2003 comedy “Dickie Roberts: Former Child Star,” which also included other former child performers in cameo roles, and he made an appearance in “The Kentucky Fried Movie,” a John Landis skit comedy film.

In his twenties, Dow struggled with depression; to aid others, he produced the self-help DVD “Beating the Blues.” Dow later overcame two bouts with cancer. He established a construction business and also turned to sculpture.

His wife Lauren and their two kids are left behind.