Two Models Lifted Their Top During A Baseball Game To Spread Awareness! 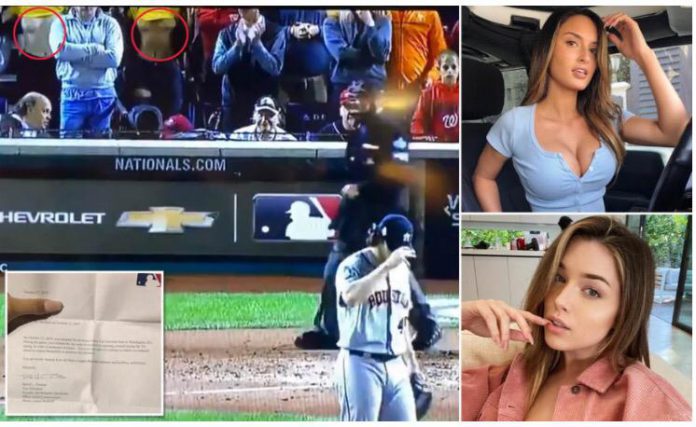 Two models got into serious trouble for something that they did during a baseball game. Let us see who these models are and what exactly did they do during the game.

What Led To This Apparent Ban From Games?

Apparently, two models are banned for flashing during Game 5 of the World Series. Major League baseball took this step and banned them for this action. The two models, namely, Julia Rose and Lauren Summer were sitting behind home plats at the National Park.

The whole moment of the models lifting their tops and flashing during the game was recorded by The Fox News. The police ended up throwing them and another.model out of the stadium for this audacious stunt. Later they received a letter from the League saying that they are banned.

Major League Baseball has banned them for violating fan conduct. Although one of the models, Summer says that she does not regret flashing because according to her it was for a cause! The cause is that she promotes breast cancer on her page Shagmag. She is into charities and the money collected goes to breast cancer patients.

Another model Kayla Lauren who attended the game alongside the two models uploaded a mirror selfie station that they just got kicked out of the game. And on top of that, it was her birthday that day! However Cole and Astris did not seem to bothered by the duo’s antics. 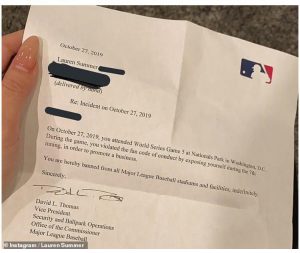 It is quite clear that Juia Rose and Summer did the stunt for business purposes which surely did not soften the blow it seems! As Julia Rose is the founder of online magazine Shagmag, while Summer is a brand executive, they have done the stunt for breast cancer awareness. They shared the picture of the letter on Twitter and seems unapologetic about it!

Previous article
Little women poster gets a typical transformation, but will the actors be able to meet the expectation set by the 1994 movie? Well we will find out once the movie is released!
Next article
Rick And Morty Season 4 Is All Set For Some Major Revelation Regarding The Episodes.