Rick And Morty Season 4 Is All Set For Some Major Revelation Regarding The Episodes. 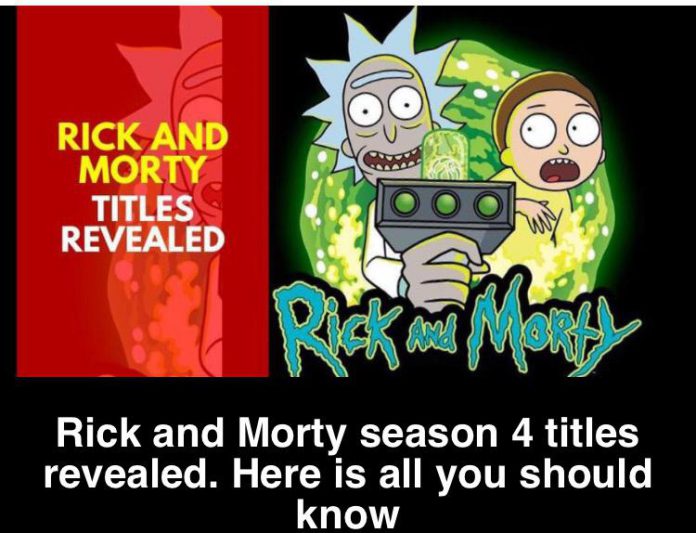 Our favorite Show is here and has revealed some major information regarding their upcoming new season. Let us see which show we are talking about and what is the big revelation!

What is New Regarding Episodes This Season?

Apparently, the much-awaited show Rick and Morty are all set with a new season. The release of the new season is although less exciting enough compared to the second-biggest news related to the show! The first five episodes will air from 10th November 2019.

Netflix has done something g creative and decided to release the titles similar to another popular show. The title has taken inspiration from various films and novels it seems!

Inspirations Taken From Several Other Novels and Films!

Apparently the episodes were released in the same manner the titles of Stranger Things 3 titles were released. The edge of Tomorty: Rick Die Rickpeat, will be the first episode of Rick And Morty Season 4.The title is ironically similar to Tom Cruise’s film title Edge of Tomorrow Live. Die. Repeat.

The second episode will be The Old Man and the Sea, which is again taken from the popular classic novel by Ernest Hemingway. The episode might be showing Rick flying in a hoverchair! The third episode is named One Crew over the Crewcoo’s Morty,  an obvious reference to One Flew Over the Cuckoo’s Nest, a novel later adapted to a movie starring Jack Nicholson.

The fourth episode is named Claw and Hoarder: Special Ricktim’s Morty. The names are exciting enough to generate buzz amongst the fans and let’s see what’s in store for all of us in this season! The last episode before the first half of season 4 ends with Rattlestar Ricklasia. Almost similar to Battlestar Galactica it seems!  Sounds fun. We can’t wait to binge-watch the episodes on Netflix and unravel the mystery.

Previous article
Two Models Lifted Their Top During A Baseball Game To Spread Awareness!
Next article
Tyler Cameron says that he has no hard feelings for Gigi Hadid…what about her?