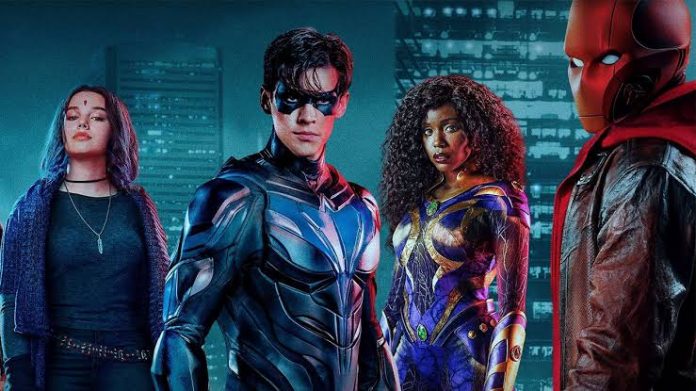 The Titans are back with the fourth season, starting from November 3 the streaming platform confirmed. After the two-episode premiere, one episode will be dropped weekly through December 1. More episodes from Season 4 will be released in 2023.

The new teaser trailer of DC’s Titans on HBO max was very hard to get about Season 4, all you could find is a Bloody ritual as mentioned previously with words like Azarath , Metrion and Zenthos. This clearly hints that Nightwing and his fellow Titans will have to deal with a very dangerous and scary ritual in the Upcoming season. HBO max has released the first look of the new super suit for beast boy. Entry of the three new villains are expected to be introduced. Starring Franka Potente as Mother Mayhem, Joseph Morgan as Brother Blood and Lisa Ambalavanar as Jinx. You can watch the trailer below:

Titans Season 1 had a total of 11 episodes which was released on October 12, 2018, and the season ended on December 21, 2018. After a break of a year approx., fans hailed the second season on September 6, 2019, which was released in 13 Episodes and ended on November 29, 2019. Season 3 was transferred to HBO max where it gained much popularity, which was released on August 12 ,2021 after 2 years of span again with same number of episode and terminating on October 21, 2021. Leading to which final season is announced.

Cast and crew is all set up

With an amazing series from the last few seasons, all the addiction is going to end as the final season is released to make your brainstorm.

Also read: KINGDOM OF THE PLANET OF THE APES SET FOR 2024 BEGINS ITS PRODUCTION AT DISNEY STUDIOS AUSTRALIA IN SYDNEY