More
HomeEntertainmentThe Watcher: Trailer for this Real Life Based Story will Horrify you

The Watcher: Trailer for this Real Life Based Story will Horrify you 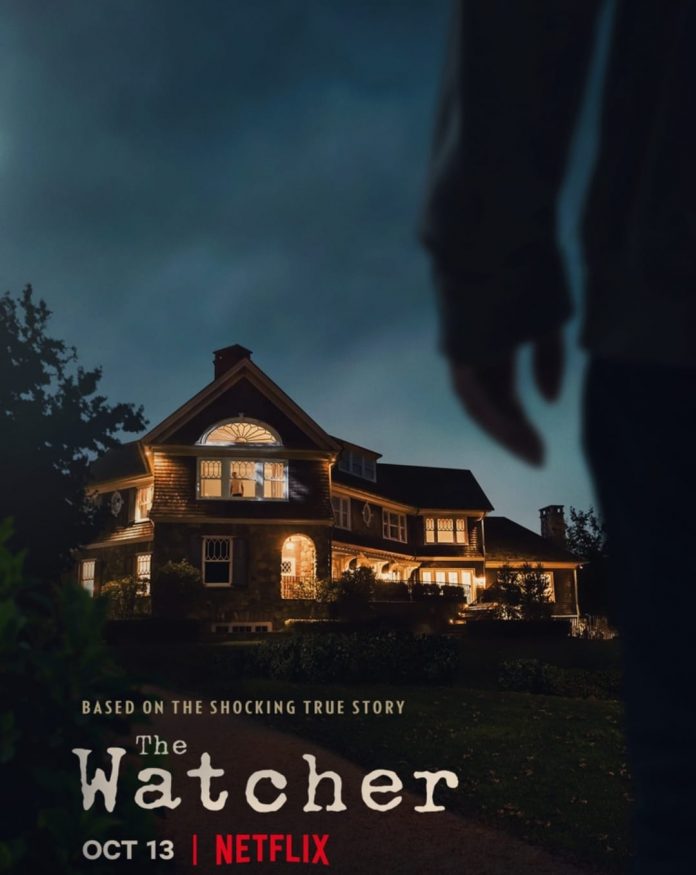 The Watcher – The Reel Depiction of a Real Terrifying Story

The Watcher is the upcoming Netflix original series by Ryan Murphy and Ian Brennan, who were also the creators of the famous ‘American Horror Story. It is said to be released on 13 October 2022. The audience is giving positive feedback on the series and are excited for its release.

Based on true events

The series is based on a real-life case, at the beginning of 2014, the infamous story of the couple, the Broaddus, who started living in a house in New Jersey. They had to leave the house because of suspicious letters from a mysterious stranger saying that he had been watching over the house for decades and would now also be watching over them.

The letters started stating that this house has been the subject of my family for many years, and currently I am in charge of watching and waiting for its second coming. The Watcher scares more by asking the Broaddus, if they know the history of the house and what lies within these walls.

They were spied on, threatened, and were forced to sell the house and leave the town, which they loved because of “The Watcher”.

The couple moves into their dream house, and then the letters start coming from a stranger saying “I have been put in charge of watching you,” frightening the couple and their children. The house is said to be the stranger’s obsession. There have been many murders in the house in the past. The neighbours seem to act way too suspiciously. People had started suggesting the couple leave their house if they cared about their family.

The cast of the series is phenomenal and is being liked by everyone. It includes Naomi Watts, Bobby Cannavale, Mia Farrow, Noma Dumezweni, Joe Mantello, Richard Kind, and many other talented actors.