The Goldbergs Gets Wendi McLendon-Covey On Board Again 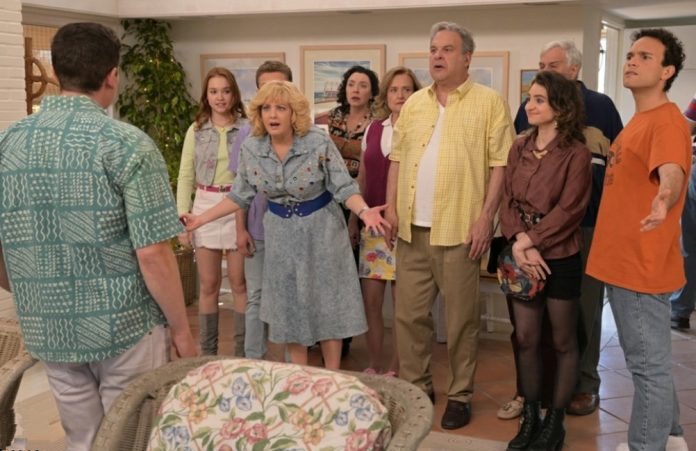 The Goldbergs Hints At Arrival

ABC’s sitcom drama The Goldbergs is struggling after Jeff Garlin’s exit. However, what viewers are excited to know about is whether after a season 9 , one more can be expected or it’s on the verge of cancellation. As the sitcom moves ahead to continue its longest running drama tag, all are excited to know more about it. Well, we certainly have got hints on what can be expected from the sitcom drama now.

So, check out here what The Goldbergs plans for you all.

The Goldbergs to have Wendi McLendon-Covey back

As per the reports we have come to know that the longest running live action comedy drama is certainly to have another season. Though the next season of the ABC drama isn’t announced yet. However, we know one the cast has been signed again.

Wendi McLendon-Covey who plays the lead role in the sitcom, is actually signed by The Goldbergs once again and that hints at the possibility of a season 10. Meanwhile, the show ever since Jeff Garlin’s exit has been stumbling a bit with its storyline. Not to miss, George Segal’s death too left a void in the sitcom drama of ABC.

It was sometimes back when the previously shot footage of Jeff Garlin was used in the latest seasons. However, some of the viewers were quick on criticising it as it looked weird to have a character on the screen that left the show.

As one of the critics expressed his opinion to have the Jeff Garlin’s character either dead in the drama. Wendi replied saying they are not willing to rewrite the scene as Garlin has left mid way. Meanwhile, if another season of the ABC sitcom gets renewed it would be interesting to see how the team takes ahead the story.