See also  In a Tragic Turn of Events, Flash Actor, 'Logan Williams,' Died From an Opioid Overdose as Revealed by his Mom
Menu

See also  In a Tragic Turn of Events, Flash Actor, 'Logan Williams,' Died From an Opioid Overdose as Revealed by his Mom
Search 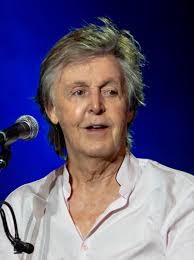 Iconic music figure Paul McCartney recently opens up about his life in quarantine, making a new song and well, life with all its complications.

When asked bout making music all by himself, McCartney said that the very idea of growing and adding more arrows to your bow is nice, however, he thinks he is not that interested in it. The singer opened up about some of his earlier hits of all times which include Please Please Me, Thank You, Girl, Love Me Do.

Written, performed and produced by Paul McCartney. Follow the journey from #McCartney to #McCartneyII and now #McCartneyIII, in this brand new album trailer.#McCartneyIII is out December 18: https://t.co/8UPtDg6THZ 🎲 pic.twitter.com/OZ6O3RSBt6

While talking about these songs, the singing icon says that sometimes you are lucky as he is a great believer in dreams and a great rememberer of dreams as well.

Paul and @taylorswift13 talk lockdown albums #McCartneyIII and #Folklore, songwriting, numerology and more in the new issue of @rollingstone. Photography by @maryamccartney. Read it here: https://t.co/WRkhxjUk39

In this exclusive interview with The New York Times, the singer was also reminded of the fact McCartney III is soon going to arrive and celebrate the 40th anniversary of John Lennon’s death, to which Paul replied that it indeed is an emotional part and so much so that he can’t really think about it. The whole memory kind of implodes according to the singer. Spotify is streaming the songs and we all can go back in time.

While he mourns Lennon’s untimely death, Paul McCartney says that he still can’t cope with the loss and denial is the only way that he can deal with the whole accident. The Beatles star also talked about another new band and believe  it or not, the Beatles star also confessed to being a fan of the popular band BTS and even compared them with their brand as they both shared that true artistry.


See also  In a Tragic Turn of Events, Flash Actor, 'Logan Williams,' Died From an Opioid Overdose as Revealed by his Mom