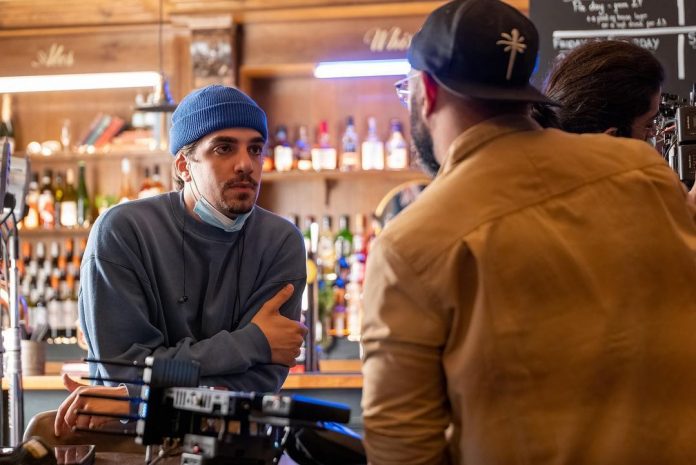 London based film director Pelayo De Lario; a member of the new youth film academy has completed the production for his upcoming film “Tales of Babylon”. The young director has co-written the story for movie “Jack” which was Awarded on the festival circuit 2021 for the best feature film.

The story follows two brothers who are looking for escaping their abusive mobster grandfather, they join with two hitmen in a search for a new life. Movie was shot in London Docklands, Brixton, Greenwich, Hammersmith and Hoxton.

Through an Instagram post director of the film posted series of pictures from the sets with caption “And that is officially a wrap on what promises to be the greatest film that ever was or ever will be TALES OF BABYLON. An absolute pleasure working with a whole bunch of incredibly talented people Thank You. Sayonara see you all soon”.

The director of the film said, “we are thrilled to finally complete the film’s shooting ‘tales of Babylon’ in film project all of us poured our heart, spend many sleepless nights to make the movie amazing. This movie very personal to me, despite of being a thriller story, this is a story about London.

A city where everything feels so special diversity, culture and variety of the characters makes it more beautiful. Groucho Arts Emerging production company is investing in the upcoming film.

Watch the Trailor of Movie “TALES OF BABYLON”