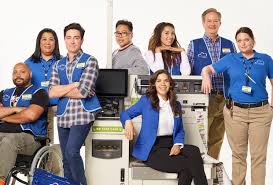 While many of us are in quarantine mode for all these months, there’s one store that you can visit even when you sitting at home! How is that possible? Well, let us tell you all how.

The popular comedy series Superstore has been received an overwhelming response from fans with all these back to back seasons. However, fans are wondering whether the series is available on Netflix or not?

Unfortunately, the popular NBC comedy-drama series is not available on Netflix. While some of the NBC shows are streaming on the platform, this show is not one of them. This has something to do with some early deal that was made between Netflix and NBC. However, the show is available on NBC’s newly launched streaming platform, Peacock. All the rib tickling episodes are available for binge watch.

All the staff members of Cloud 9 are ready to come back for more comedy and chaos with the brand new season 6. However, fans might be shocked to know that leading star America Ferrera might be leaving the show soon enough! Well, we sure would miss our responsible manager Amy Sosa! The makers have also revealed how they plan on giving the star a well deserved farewell. We wonder how will they wrap up Jonah and Amy’s story with Ferrera’s exit from the series.

However, for now don’t miss out on the latest episodes of the newly released sixth season of Superstore. The not so perfect staff members are back at it again. They surely do not disappoint their customers!

My Hero Academia Season 5 will have Special Attention on the Various Dynamics between the Characters! Details Below
Thinking of Binge Watching all the Harry Potter Movies? You can Re-live your Entire Childhood Here