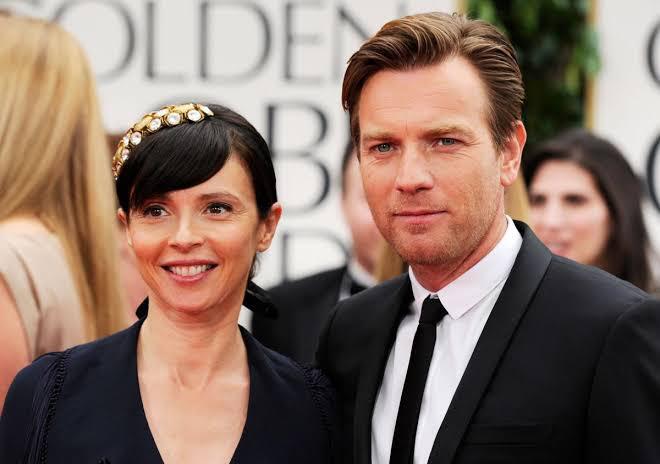 It seems like another celebrity is going down the lane is heartbreak and Star Wars star Ewan McGregor has confirmed his split with wife Eve Mavrakis. The whole world was shocked after the Fargo star has announced his divorce with his wife after being together for twenty-two years!

The couple announced their split back in 2017. This announcement came in the middle of the rumors that involved cheating. MacGregor was spotted kissing and greying close to Fargo co-star Mary Elizabeth Winstead. While the two confirmed their divorce, they assured fans to be best of friends and are just moving on from the marriage.

Ewan & Eve…They're lovely together even if it breaks my heart. As long as he's happy, I'm happy. </3

The Couple Announced Their Divorce After Being Married For 22 Long Years!

According to the court orders, the actor has to divide all the fortunes that he had earned over the years from all the big  tent pole movies including Christopher Robin, Fargo, Star Wars, and more. Along with the royalties the actor has to pay $35.868 each month in spousal support and has to pay $14,934 in monthly child support as well.

While the exact reason is still not known and what the couple decided to part ways after being together  for so long but fans speculated that Ewan’s closeness to his Fargo co- star might be one of the reasons of the split.  However, the said that they are still ride or die just in a different way this time!

Britney Spears Is Making Some Bold Demands And Strongly Opposed To Her Father Being Her Conservator! What is the reason behind her severe reaction?
Jurassic World: Dominion- Bryce Dallas Howard talks about how the pandemic has affected the shoot for the movie and gives updates on it.