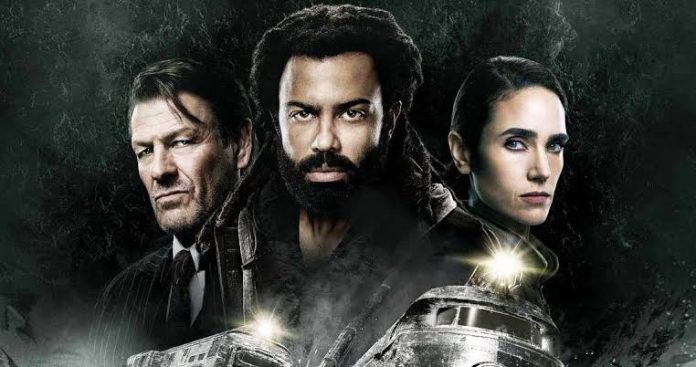 Hope lies just beyond the train

TNT’s post-apocalyptic dystopian thriller Snowpiercer is ready to roll out its third season, but ahead of that we got a final trailer. Based on the 1982 French graphic novel called Le Transperceneige, by Jacques Lob, Benjamin Legrand, and Jean-Marc Rochette, the series first got a movie adaptation in 2013 by Bong Joon-ho, and starred Chris Evans, Song Kang-ho, Jamie Bell, Tilda Swinton, Octavia Spencer, Go Ah-sung, Ed Harris, and John Hurt. Later on, it was adapted as a series by Josh Friedman and Graeme Manson, and came out on TNT in May 2020.

The story so far (Spoilers ahead)

The series also centers on the Snowpiercer luxury train that is circling the globe without stopping. Everyone on board is believed to be the final remnants of humanity after the world became a frozen wasteland seven years ago.

By the end of season 2, Layton (Daveed Diggs) and his team gets separated from the other 1023 bogeys in the train. Season 3 starts with him and his crew rallying against Mr. Wilford (Sean Bean), the eccentric (and ruthless) billionaire who designed and built the Snowpiercer.

Layton is also determined to find Melanie (Jennifer Connelly), who is believed to have died at the end of season 2. They also are looking to find a warm habitat outside the train. Things take a surprising turn when a mysterious woman named Asha (Archie Panjabi) communicates to them and says she’s been living in the outside world for eight years.

We don’t have a long wait ahead, as Snowpiercer season 3 is all set to premiere on TNT on January 24. It is also expected to land on Netflix like the previous seasons.

Previous article
The Umbrella Academy Season 3 Announced with Intriguing Official Looks Posters!
Next article
Keanu Reeves in Talks for Hulu’s Series Adaptation of ‘The Devil In The White City,’ with Leonardo DiCaprio and Martin Scorsese