Singer Morgan Wallen Is Finally Appearing On SNL After His Initial Cancellation On The Show After A Severe Controversy! 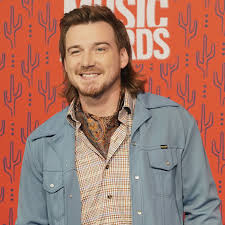 Like every week, late-night show SNL will be bringing some interesting names who will be performing as well as make us laugh! Well, we have quite an interesting name who is all set to make his debut as the musical guest this week!

Morgan Wallen Is Finally Making His Debut On SNL As Musical Guest!

Singer Morgan Wallen is all set to make his debut as a musical guest on  Saturday Night Live, after a small controversy that resurfaced on social media, it seems like the show has rebooked him alongside host Jason Bateman.

Wallen was eventually supposed to appear on the show in October itself but was pulled by the show authorities after the singer was seen partying with fans without wearing a face mask, and was criticized for not paying attention to the safety measure protocols for the pandemic terror. However, the issue has subsided and he is welcomed back on the show which the singer confirmed via his Twitter account. Here’s the Twitter post uploaded by the singer given right here!

Moreover, Morgan Wallen earlier posted a video on Instagram addressing the cancellation and apologizing to SNL, his team, and his fans while also saying that his actions over this past weekend were pretty shortsighted. He also further added that he respects the show’s decision as he did put them in jeopardy and took full responsibility for it.

After this small controversy that resurfaced, SNL executive producer Lorne Michaels state that they would surely reschedule Morgan’s appearance and it is finally happening! Now that it is happening, fans are excited to see the singer on board with his SNL debut.