Fans Are In For An Adventure As The Mandalorian Chapter 13 Makes Some Major Revelations About Baby Yoda And Much More! 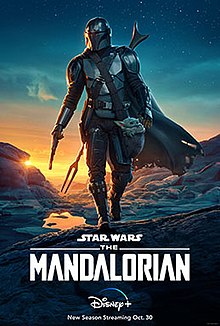 Fans are pretty excited as the much-awaited second season of the hit series The Mandalorian is finally streaming on Disney+ and it’s making some big character debuts and shocking revelations.

The Mandalorian Chapter 13 Makes Some Big Debuts And Shocking Revelations!

Fans were surprised to see Rosario Dawson makes a debut as one of the key clone wars and some interesting facts about Baby Yoda also await in the 13th chapter of The Mandalorian.  As Rosario Dawson made her way into the Disney+ series as Jedi Ahsoka Tano.

As we all witnessed the thrill while Mando successfully managed to track Ahsoka down and in turn got to discover some big truths about The Child, who was revealed to be raised in a Jedi temple on the planet of Coruscant and his original name is Grogu. Take a look at this small video posted on the official page of the series on Disney +

Fans Got To Know Several Interesting Facts About Baby Yoda!

However, he is kept hidden for a while and was eventually taken away from the temple. Moreover, Ahsoka refuses to train The Child given his attachment to Mando will make him vulnerable as predicted. Mando offers one condition and on its fulfillment, Ahsoka has to train The Child.


He returns. Chapter 12 of #TheMandalorian is now streaming on #DisneyPlus. pic.twitter.com/IOBX07ZW0l

While Mando was able to keep his promise, Ahsoka still refused to train the child but there is one way by cpwhich it can happen! The newest chapter ends with ash king cliffhanger and now fans are looking out for more.  Moreover, we wonder whether Mark Hamill is also going to make an appearance in their Star Wars series ! We would love to see the actor reprise his role once again in the upcoming episodes.

See also  The God of Mischief is coming on Disney! Everything a fan must know about Loki