The Buccaneers is a famous novel written by Edith Wharton. She couldn’t complete the novel and died in 1937, but her novel still got published in its incomplete format in 1938. After years, Marion Mainwaring took the charge of finishing the novel, in 1993. Now a drama is going to be made out of it, which is going to feature Simone Kirby, the famous actress from His Dark Materials. 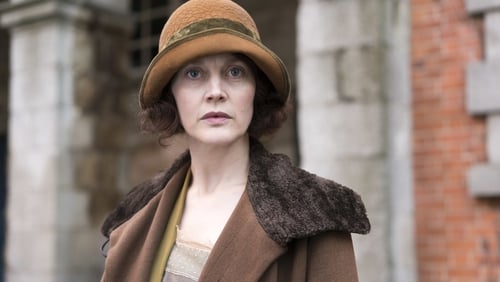 As the story is about old times, the cast will also be of old actors and fun-loving character will be hailed. The drama is still untitled and has started progressing. The cast which was being assigned the characters were-

Kirby will be playing the role of Christina Hendricks according to the reports.

About the story by Edith Wharton

Edith Wharton wrote about the story of five wealthy and ambitious American girls. The story starts with three socially ambitious families who were looking for son-in-law for their young daughters, with a condition of marrying into a high maintenance family. They also demanded European titles for having their daughters to live best of their lives.

The young women’s fathers had an attractive amount of money which caught the attention of European aristocrats in order to maintain their status of living. While some married unhappily and had affairs to make their marriages work and some files divorce. Some falls in love madly after getting unsatisfied with the dukes. One of them was Nan who falls in love with Guy Thwaite.