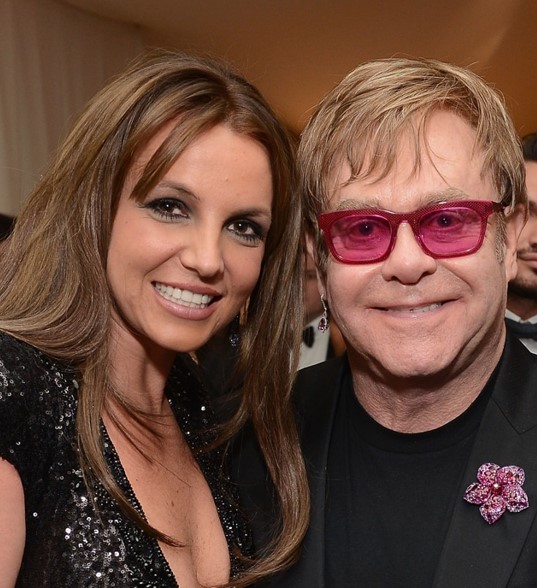 For pop culture fans, this is the 2022 news that we’ve all been waiting for. Britney Spears and Elton John are making their own version of ‘Tiny Dancer’.

A fantasy from decades ago may now become reality as two iconic musicians collaborate on a song for one again – but not just any old track; it’s going to be an original piece written specifically by them both! The song will be produced by Andrew Watt and is slated to be released next month under Universal Music.

Moreover, the track is supposedly already in the works, which is fantastic. The Daily Mail claims that Spears and John got together last week to record the tune. According to a source who spoke to Page Six, the results might be made public as soon as August.

Elton came up with the idea, and Britney is a big fan. They have a full duet remix of Tiny Dancer, and it is amazing, a source informed Page Six. Britney joined Elton in the studio last week in Beverly Hills for a top-secret recording session that was overseen by Andrew Watt.

“They’ve already played it for their record label’s staff, and everyone is in a frenzy. It is fantastic,” the source gushed.

They predict that this song will be the summer’s anthem. Officially, Britney is back. She’s thrilled to be going back to work. The record company was so thrilled to have Britney back that they gave her “a record-breaking deal” in exchange for her participation in the Tiny Dancer project.

The two megastars are creating songs together for the first time at this time. Additionally, it’s Britney’s first brand-new single since 2016 and Elton John’s first single of the year.

Tiny Dancer was initially published in 1971 as a track on John’s album Madman Across the Water, and the following year it was made available separately. Even though it only reached number 41 on the American Billboard Hot 100, the song has come to be regarded as a classic over time. In 2011, the song received US platinum certification, and its accompanying music video has amassed over 129 million views on YouTube.

When British rappers Ironik and Chipmunk created their own version of the song in 2009, Tiny Dancer was heavily sampled. In the UK Singles Charts, their remix peaked at position three.

John and Spears have both had a very hectic year. Spears, 40, wed Sam Asghari in July after successfully ending her conservatorship, which had lasted 14 years, in November. Midway through July, the celebrity published a video of herself singing on Instagram, writing, “I haven’t shared my voice in an extremely long time… maybe too long.”

Fans of Britney, however, won’t have to wait very long to hear her on a brand-new song.

John has been performing all across Europe, the UK, and North America as part of his last tour. The British artist made a stop in London as part of The Farewell Yellow Brick Road: The Final Tour, kicking off the BST Festival in Hyde Park at the end of June.

Previous article
Shameless Season 12: Is the show Officially Cancelled After the Long Delay? Exclusive Details Below
Next article
SHOCKING!! Owner DIED After Being Strangled by PET SNAKE, 15 feet Snake was shot to death!!