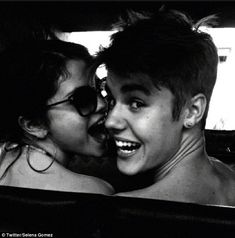 Singing sensation Selena Gomez has always been quite vocal about her personal life, not to forget some of her relationships have been the center of media speculation for a long time!

When I got my kidney transplant, I remember it being very difficult at first showing my scar. I didn’t want it to be in photos, so I wore things that would cover it up. Now, more than ever, I feel confident in who I am and what I went through…and I’m proud of that. T – Congratulations on what you’re doing for women, launching @lamariette whose message is just that…all bodies are beautiful.

Selena Gomez Had Quite A Dramatic Love Life Over The Years!

While the singer has been linked with some of her contemporary artists as well, her long-term relationship with Justin Bieber was quite a dramatic one. Their on-off relationship has seen too many twists and turns before parting ways for good! The young singer has been linked with celebs including  Charlie Puth, Nick Jonas and Orlando Bloom as well. However, the authenticity of these linkups  were never really checked any further and they all soon frizzled out.

I’m SO excited to finally share that @RareBeauty will be launching September 3rd only at @Sephora, @SephoraCanada, @SephoraMx and RareBeauty.com. I’ve had so much fun creating everything and can’t wait for y’all to try it all! I hope you love it as much as I do!

The Ice- Cream hitmaker was also involved with The Weekend for a short period of time, the relationship was a short-lived one. Recently, Selena Gomez has confessed that almost all her exes thought she is crazy!

#SELPINK is officially in your area. The song and video for Ice Cream are out now! 🍦 @blackpinkofficial

The Singer Is Busy With Her Makeup Line And Cooking Show!

Now the singer is single and keeping herself busy with some great back to back releases along with her recent collaboration with popular K- Pop band Blackpink. The singer has also launched her own make-up brand Rare. The singer has been vocal about her last relationships and how some of them a have subjected her to emotional abuse as well. While her past relationship with ex Justin Bieber has been a whirlwind journey with loads of post breakup drama as well.

Lip Soufflé Matte Lip Cream – weightless, hydrating, and longwearing. I’m beyond excited for you to try it on September 3rd only at @sephora. I’m wearing Inspire.

The singer is single for now and not dating anyone at present with devoting her time on her ongoing projects and her makeup line that is already creating quite a buzz amongst makeup fanatics.

Selena Gomez Is Asking Fans To Not Read Too Much Into The Lyrics Of Her Newest Release! But why? Check out the answer here.
Nadia Bartel Has An Unique Take On The Whole Pandemic Terror And It Might Surprise You : apparently the pandemic has been really good for her overall health!