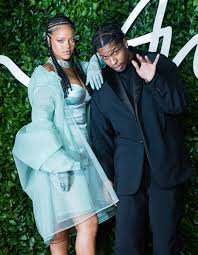 While we surely cannot get enough of pop star Rihanna! However, there is another person from the music industry who has been into Rihanna for several years, and now it seems like the two have finally found their way into each other.

The Two Lovebirds Are Speculated To Be Holidaying In Barbados!

While Rihanna and Rocky have been sparking romance rumours for white son time now, the two might be spending the festive season while holidaying in Rihanna’s home country Barbados! The two also surprised fans appeared together on the red carpet at The Fashion Awards in London!

The two were also spotted at The Beatrice Inn, New York while hanging out with some of their friends. The two were also seen together at The Nice Guy restaurant in February. The two are spending some time at Rihanna’s place while taking a casual stroll at times, reported an insider.

Rihanna And ASAP Rocky Are Rumored To Be Dating Each Other For Quite A While Now!

Apparently, the Umbrella hitmaker is dating ASAP Rocky, and the two are a pair now! However, there’s more to it! Some insider  sources have reported that the rapper was into Rihanna for years!

However, not it is rumoured that the lovebirds have been inseparable since they have started dating just a few weeks ago, while it is a new relationship, they both seem very much into it. A source has even claimed that they have always seemed to have a great time together and has a loving foundation. Not to forget that pair have a lot in common when it comes to lifestyle and values. Now, the pair are making appearances together and taking vacations as well!

Chrissy Teigen And John Legend Has The Perfect Christmas Gift For Kim Kardashian And Kanye West That Might Leave You In Splits!
Kanye West’s Absence From The Family Frame Is Sparking Major Separation Rumours Amongst Fans!