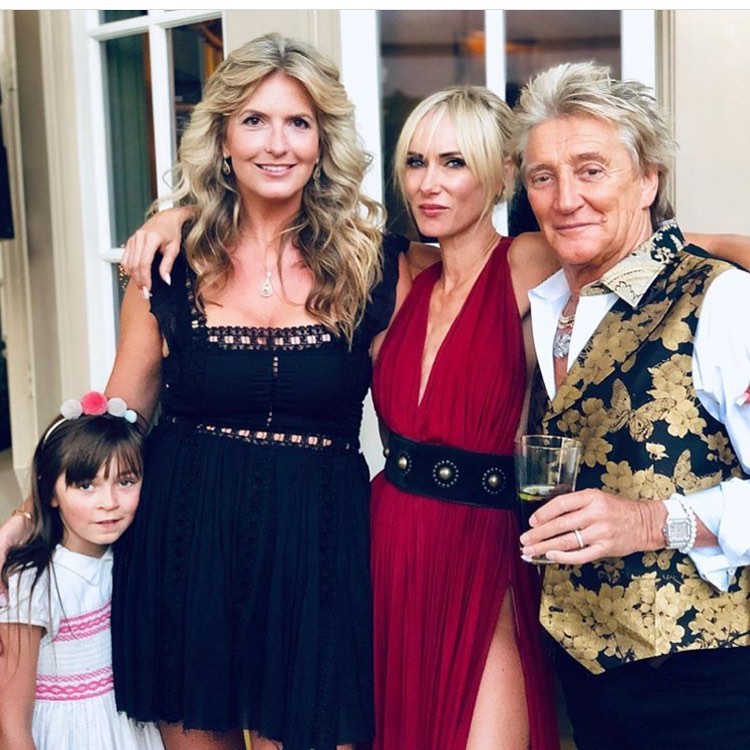 While most people seem to run away from their exes, the British rock singer Rod Stewart poses with his Ex-wives and Ex-girlfriend. Stewart is a father of eight children with five different women. At her daughter Kimberly’s 40th birthday party, the whole family gathered to celebrate this occasion. The only person who was missing was the rod’s elder daughter Sarah’s mother.

The Instagram post that got viral:
Kelly Emberg posted a picture on Instagram of Stewart posing with his Ex-wife, Alana Stewart, and Rachel Hunter along with Ex-girlfriend Kelly Emberg and current wife, Penny Lancaster Stewart. “A mother’s reunion” is what she captioned the post.

Kimberly also shared a picture on Instagram posing alongside her father Rod and her mother, Alana.

Rod’s upcoming events and tours:
Stewart is on his way to California for one or more shows. After California, he will head to Las Vegas for more concerts and then a long tour of the U.K.