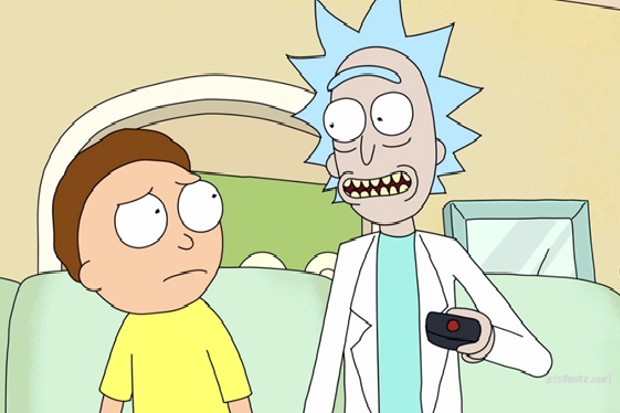 RICK AND MORTY Season 4 is getting released this November.  Everyone is already excited to see the adventure of genius grandfather and grandson! The show has featured some famous guest characters but will rapper Kanye West appear in the series?

Well, season 4 is going to have some more A-list appearances. The list includes Paul Giamatti, Kathleen Turner, Sam Neill, and Taika.
There have also been rumors circulating about rapper Kayne West joining the show. Unfortunately, the music superstar Kanye West will not appear in the forthcoming series.

The show will be airing with the new season expected to be debuting at some point this year in November.

The new series of Rick and Morty is the first one to be released after US broadcaster Adult Swim renewed the show for an extensive 70 episodes. This means that the show could run for 10 seasons before another recommission.

Rick and Morty have featured some big guest stars over the years including Mad Men actress Christina Hendricks and director Wener Herzog.

Season 4 will be hitting screens in November this year. The excitement for the new episodes is mounting.

One unsolved question fans have about the new character of alien Glootie. And also about the role he will play in the upcoming series.

Season 4 of Rick and Morty is only months away now. Meanwhile, Adult Swim confirms that the US fans will be able to watch the show from November. The forthcoming series of Rick and Morty will consist of 10 episodes like the previous season.

Adult Swim released a clip from season 4 earlier this year as a teaser around the time of San Diego Comic-Con.

In the short video, character Morty (voiced by Justin Roiland) lashes out at a new character and alien Glootie (voiced by Taika Waititi) after he seems to trick the teen and Jerry (voiced by Chris Parnell).

Brooklyn Nine-Nine is coming with season 7!! Will it be streamed on Netflix? Checkout for Release Date, Cast, Trailer, and Plot!
Destiny 2: New Light is one of the most trendiest games. But which class should you pick?