More
HomeEntertainmentRenee Zellweger bagged The Best Actress Award At The 2020 Oscar's This...

Renee Zellweger bagged The Best Actress Award At The 2020 Oscar’s This Year for her movie ‘Judy’. Check out her gorgeous white outfit and more.

Renée Zellweger has bagged the best actress Oscar at the 92nd Academy Awards for her role as Judy Garland in the biopic where she played the role of the iconic singer and movie star.

Renee Zellweger Was Awarded The Best Actress Award At The Oscars.

While Renee sweeper right on and won the Academy Award, she had to face some tough competition from Saoirse Ronan in Little Women, Cynthia Erivo in Harriet, Charlize Theron in Bombshell and Scarlett Johansson in Marriage Story.

The actress gave a moving and heartfelt acceptance speech. She listed all the people who inspired her in her journey, these people included Judy Garland, Martin Scorsese and Harriet Tubman. She also thanked the heroes who unite us and inspire us to bring out the best in ourselves. 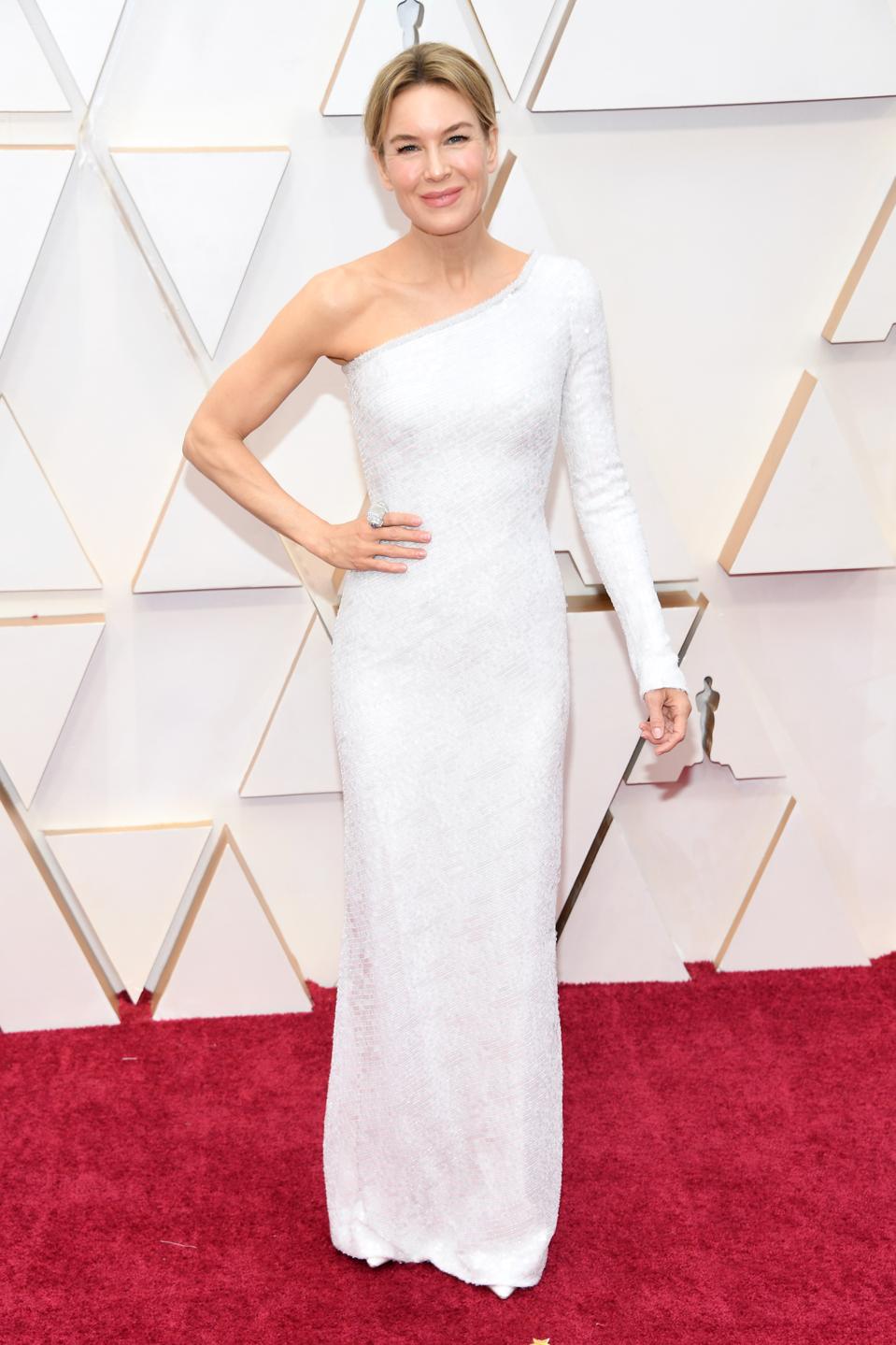 This Year’s Oscars Was Full Of Surprises And Some Big Winners As Well.

This year and the previous one had been quite a great year for the actress. She bagged several other awards that included winning the best actress award at the Baftas, Critics’ Choice and Screen Actors Guild awards, and the Golden Globe for best actress in a drama. This is her second win. Apart from Renee Zellweger, there were some other big win this year.

Joaquin Phoenix won the best actor award and delivered a heartfelt speech and earned him respect from everyone around the globe. Brad Pitt also enjoyed her first ever acting Award win as well  While Parasite also won an Award creating History of being the first ever Korean film to win an Oscar. The event was a starry event with some big wins that was hugely admired by fans and the while event is going viral on social media.