More
HomeEntertainmentPlanet of The Apes is Returning with another Exciting Saga 'The Kingdom... 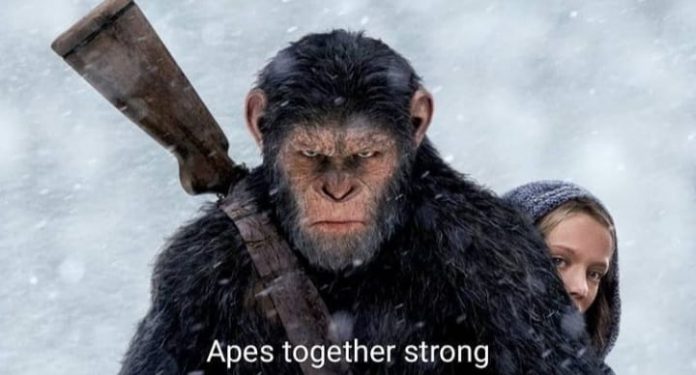 Another Saga of Planet of the Apes is on work

The Kingdom of the Planet of the Apes is in works. According to some sources, Freya Allan is set to be the lead ape for this saga and Peter Macon has also joined the cast. The movie production will start from the next month onward as said by the sources.

The icon of 20th Century Studio

According to the president of 20th Century Studios Steve Asbell, the movie is one of the most iconic science friction in film history and it has made its lasting mark in the Film industry. And the upcoming movie will only help to continue the legacy forward.

The Film and its credits

The popular movie is an American Science Fiction movie created by Pierre Boulle. The movie is the cinematic adaptation of the French Novel La Planete des singes translated as Planet of the Apes. The first movie of the was released in 1968 and earned an honorary Academic Award for outstanding makeup achievement.

The new movie will be directed by the director of the Maze Runner trilogy, Wes Ball, and will be starring Freya Allan, Owen Teague, and Peter Macon.

Since the original Film series, there have been several television series, remake films, and reboot film series.

Will this upcoming new saga can create a place in our hearts or not is what we have to see!