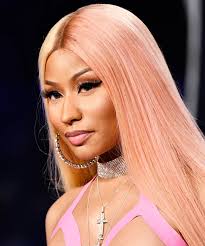 Rap Queen Nicki Minaj made a huge announcement recently and it seems like fans are about to see more of the rapper in the coming time!

Nicki Minaj Has Teamed Up With HBO Max For An Upcoming Docuseries!

Nicki Minaj has joined hands with the streaming platform, HBO Max, for a six episodes docuseries that will give us a detailed look into the rap queen’s professional journey along with her personal life. Considering how Nicki Minaj has managed to create headlines time and again, fans are already excited for this upcoming docuseries. Here’s the one minute short teaser posted by Nicki Minaj announcing about the upcoming Docuseries. As we can see in the teaser itself, how Nicki Minaj is devoted to all her rap creation.

"To me, music is spiritual. So it moves you in, like, a weird way that you cannot teach in school."

10 years ago today @NICKIMINAJ gifted us with the magic that is #PinkFriday, so to celebrate we dug up this clip from her 2010 documentary #MyTimeNow. 🎀 #PinkFridayAnniversary pic.twitter.com/cLm64aOfaX

Nicki Minaj has herself confirmed the news via her social media saying the docuseries will give a raw and unfiltered look into her professional and personal life. The announcement of the docuseries is pretty special as it arrives on the 10th anniversary of the release of her debut album Pink Friday.

The Docuseries Will Give Fans An Unique Outlook On The Rap Star’s Life.

Sarah Aubrey, who is head of original content at HBO Max welcomes Nicki Minaj on board as they are thrilled to join hands with such a multi- faceted, gifted woman of the industry. The rap star is celebrating the tenth anniversary of her hit debut album Pink Friday and her happiness just doubled with this new announcement!

Michael John Warren will be directing the upcoming HBO docuseries, he has teamed up with Nicki Minaj earlier on two docuseries. Warren also expressed his excitement and said that it’s an honor to be entrusted with this dynamic story.