Netflix Limited Series Unorthodox Has Not One But Seven Emmy Nominations This Year! Check out for more details! 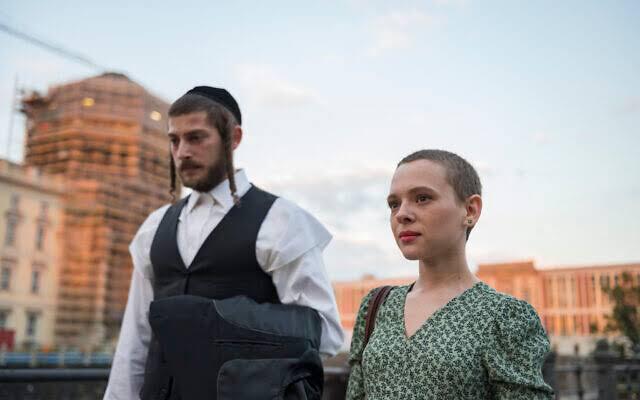 The Emmy nominations are finally out and fans are excited to see some new names along with some old hit series as well. Some new shows have made their way into the prestigious award nominations. Let us take a look at one such new name.

Netflix’s new show Unorthodox grabbed on to subscribers’ attention due to the unconventional plot that dealt with relevant issues. The show has now been nominated for not one but seven Emmy nominations. Take a look at the Instagram post that the leading star herself made making the big announcement. Fans and other celebs are showering in with all their love and support.

Lead actress Shira Haas, who is from Israel, also received an “outstanding lead actress nomination as well. This is surely an iconic moment in history as she is said to be the first Israeli to receive a nomination in this category. The show has also been nominated under the Outstanding Limited Series category as well!

Shira plays the role of Esty Shapiro who flees from her orthodox life in Brooklyn and soon goes to Berlin away from the claustrophobic existence. The series is short, crisp, and heartwarming as well. Esty soon realises her potential as an individual. Take a look at this nominations and get a small glimpse of it.

The series was a small one and soon became one of the most popular with seven nominations. The big win might be possible enough for the show and the leading star as well. We surely are rooting for her and the series itself.

Previous article
Late Actor John Callahan’s Ex- Wife Eva LaRue Made A Bold Claim Of The Actor’s Identity Being Stolen During A House Burglary!
Next article
Katy Perry is soon going to be a mom and looks gorgeous during her pregnancy! Check out her career over the years, her net worth in 2020 and more.