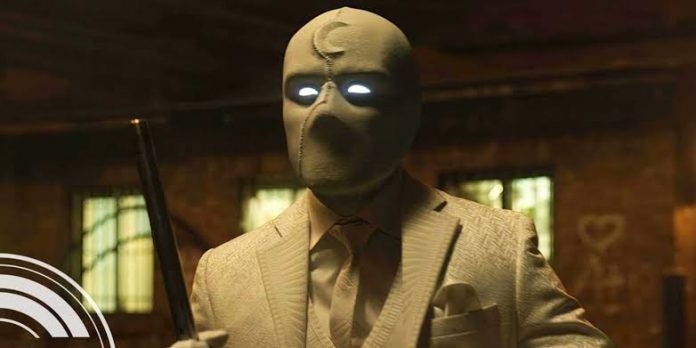 A vigilante with style

March is here, and by the end of the month, we are getting Marvel’s Moon Knight! To build up the hype, Marvel Studios has released a brand new poster for the character. This time, the identity in the spotlight is of Mr. Knight, with Oscar Isaac in full costume.

Moon Knight first appeared in Werewolf By Night #32 in 1975, and comes from writer Doug Moench and artist Don Perlin. He is one of the most complex characters in the Marvel world. Marc Spector is a former mercenary with dissociative identity disorder. He is then granted special powers by Khonshu, the Egyptian moon god. The power becomes a new identity allowing him to be a vigilante by night.

Mr. Knight is just as interesting as Marc’s other personalities. Moon Knight is a brutal vigilante who does whatever needs to be done for the moon god. However, Mr. Knight is calmer, with the mind of a detective. In the comics, he runs a detective agency and is often the side of marc that he is more willing to show the public. The poster shows him in a three-piece suit with gloves, and a new white mask. Unlike the comics, the mask is stitched down the middle. His eyes are also visible, when it usually glowing white light.

Marvel is taking a huge step by introducing Moon Knight. He is definitely proof that Disney is ready to tackle more serious topics, with complex characters. It will be exciting to see him interact with the other heroes like Spider-Man and Daredevil, since they all operate in New York.

See also  The Boys Season 2: Will the Character of Hugh Return in Upcoming Season?

Don’t miss Moon Knight as it comes exclusively to Disney+ on March 30.