GOSSIPNEWS TO THE RISING SUN
More
HomeEntertainment
August 8, 2019 5:09 am EDT

MCU Venom 2 releasing by 2020 with a different plot? Is Tom Hardy going to be the hero or the villain? Checkout!!

MCU is back with Venom 2, and Tom Hardy will be returning as the main lead. Andy Serkis will direct Sony’s Venom 2, and he has shared that the movie is in the development stage. Still, in its early stages, character pre-visualization has begun.

Serkis also shared that Hardy is also working with the screenwriter Kelly Marcel, for the sequel. Venom director Ruben Fleischer will not be returning to direct, being busy with another Sony sequel, Zombieland: Double Tap.

The 2018 movie, Venom was well received my audience worldwide, with critics praising Hardy’s performance. It was the seventh highest-grossing film of the year, making over 856 dollars worldwide. The movie ended with Eddie Brock and Venom symbiote coming together and understanding their bond to defend San Francisco.

It’s happening. The Symbiote has found a host in me and I’m ready for the ride…Can’t wait! #venom #venom2 #marvel pic.twitter.com/unCzmJOjop

The plot of Venom 2 while still not known, will be expanding from the post-credit scene, where Woody Harrelson was introduced as the maniacal serial killer Cletus Kasady, who name-dropped his symbiote counterpart, Carnage. From what Andy Serkis has revealed in his interviews, Hardy plans on taking the characters in another direction. 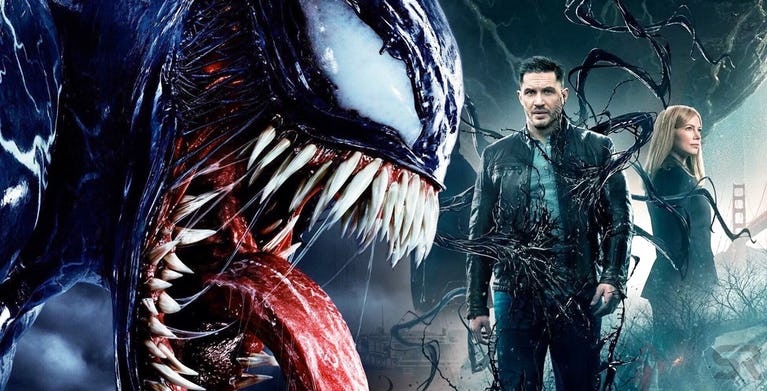 Apart from Hardy and Harrelson, Michelle Williams will be coming back for the sequel. No release date has been confirmed yet, but the movie is supposed to release in 2020.