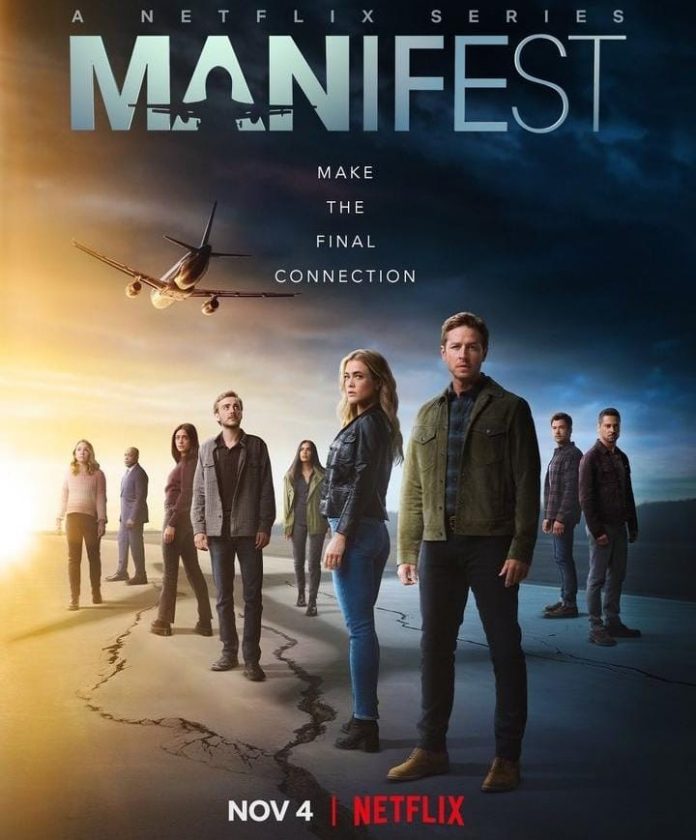 Manifest Season 4 will be out soon on Netflix

Manifest Part 1 Season 4 will drop by November 4 on Netflix. The Manifest series director and creator Jeff Rake talks about what the first 10 episodes will bring to us.

Jeff Rake in an interview about the final season of Manifest

Jeff Rake in an interview with Deadline said that the previous season ended with Grace being killed and the beloved daughter Eden ending kidnapped.

He added that what a thrill the movie will bring when the character Ben even after two years wouldn’t be able to find his beloved daughter whereas his wife was also dead.

He said that the character Captain Daly will kind of appear and disappear again and the plane might reappear again which got disappeared entirely when Angelina kidnapped baby Eden.

In an interview, he said that after the death of Grace and his daughter kidnapped Ben was devastated and shattered while on the other side Cal was growing older. So, in the end, Ben will set his mind and focus on one thing which is finding Eden and he starts his journey hoping to find her soon.

Trouble during the shoot of season 4

When asked about the trouble during shooting the upcoming season, the Manifest director said that the hardest part about creating the movie was to forward the story calendar. He said that he had arbitrarily chosen the death date in 2024 because he thought they might have season 6.

He further added that therefore they had to push the movie calendar further and quickly whenever they got the opportunity.

Season 3 of the Manifest series ended up showing Angelina brutally stabbing Grace with a sharp knife, and getting away with Eden.

Season 4 and the finale series will be released on November 4, in the hope with the mystery to be resolved.

Also read: BLOCKBUSTER: NETFLIX’S LATEST RELEASE IS SIMPLE & SWEET, BUT IS IT A BLOCKBUSTER? REVIEW