Letterkenny season 7 is back with some amusement and fans can’t get enough of it!!

The trailer for Letterkenny’s season 7 was finally released, and it is everything that fans and long-time viewers of the show expected.

The trailer showed that the entire gang is back together again, including Hicks. The plot of season 7 will be focusing on Hicks and trace him putting on an agricultural call-in show mainly. The Hulu series did not, however, share all the story aspects in the trailer. 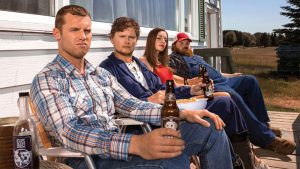 Letterkenny has a hugely supportive audience and a following that is bizarre but not at all unexpected. There are some iconic lines and scenes that have become viral and very popular.
Letterkenny is a popular Canadian television sitcom that was created by Jared Keeso and written by Keeso and Jacob Tierney. The Hulu streaming show started out as a web series on YouTube, called the Letterkenny Problems, in March 2015. 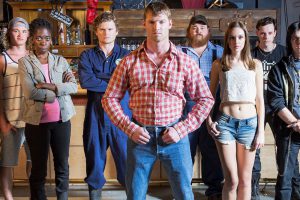 The show has Keeso and Nathan Dales as Wayne and Daryl, the two protagonists, who are two friends living in the small town called Letterkenny, In Ontario. The show has become very popular and even won the Best Comedy Series at the 5th Canadian Screen Awards in 2017. 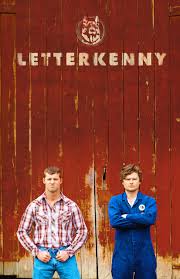 Other stars of the show include Michelle Mylett as Katy, K. Trevor Wilson as Squirrelly Dan, Dylan Playfair as Reilly, Andrew Herr as Jonesy, and Tyler Johnston as Stewart.