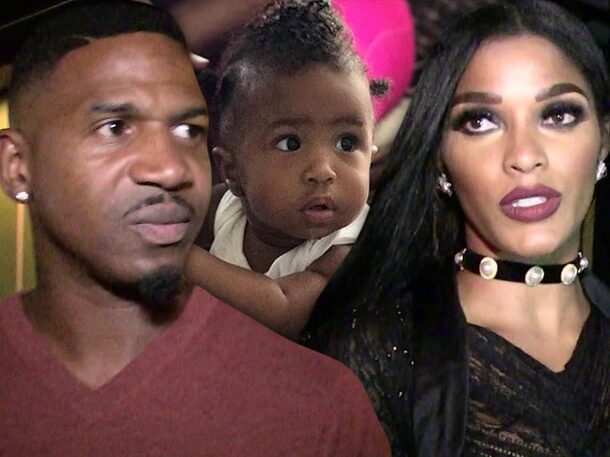 The Puerto Rican Princess, Joseline Hernandez got an arrest warrant against her for not turning over her baby to Stevie. They had a public custody battle for Bonnie’s custody. The famous saga of the two, Stevie and Joseline were storylines of Love and Hip Hop Atlanta for many series.

There are cases out there going on for many things, and one of such cases is the case for custody of Bonnie Bella. Joseline Hernandez, love and hip hop Atlanta star is going to get arrested for not letting Stevie J see his daughter and denying from the child custody agreement they had. Stevie J had every right to see his daughter Bonnie, but Joseline didn’t let him see her.

Joseline was in Miami for shooting “Marriage Boot Camp,” and Stevie had custody rights or Bonnie from 28 July to August 11 but instead of handing over Bonnie to Stevie, Joseline got away to L.A. Stevie wants Bonnie’s custody for her safety and he told the Judge that he does not think that his daughter is safe with Joseline so he must get her custody.

After this incident, Stevie’s attorney, Adamma McKinnon, reached court. And the Judge looking at the circumstances issued an Arrest warrant against Joseline and ordering her to hand over Bonnie to Stevie of else she would be arrested. And now that she took away his right to see his daughter, he wants her to be put into jail for the infringement of his rights. Later on, Joseline got back to Miami to continue with her shooting, and it was revealed that one of Stevie’s adult children would pick Bonnie up from there to turn over Bonnie to Stevie.

As a result of all this, Joseline was almost put into jail while Stevie J gets temporary sole custody of his daughter till August 15.

Why did Blink-182 Postponed El Paso Show? Postponed or Canceled??
Julianne Hough opened up about her SEXUALITY! Husband, Brooks Laich’s reaction was priceless and perfect example of unconditional love.
Comment