It is Official! Soojin is Fired from (G)I-DLE Amidst Bullying Accusations 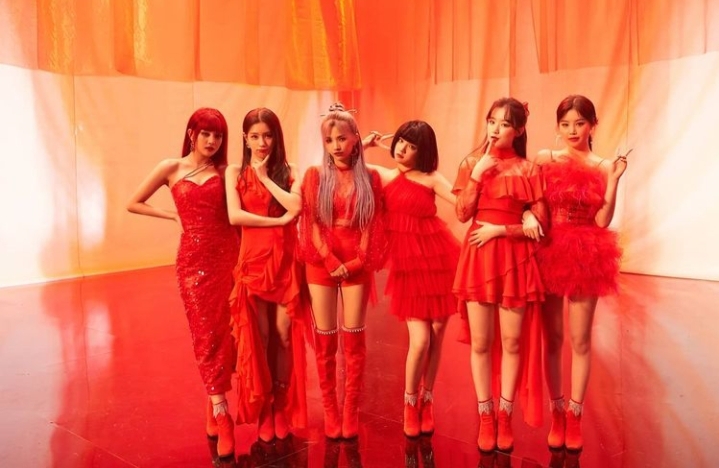 The Reason For Exclusion From (G)I-DLE

Soojin from the K-pop sensation (G)I-DLE was removed immediately over bullying controversy. She was alleged over school violence from the actress Seo Shin Ae. She claimed that Soojin and her friends were bullying her for two years. It was taken personally and and she suffered mental issues because of this issue. The allegations were made in the month of March and since then Cube entertainment is trying to exclude Soojin.

Soojin and her agency never reacted about the issue. This issue was concluded with the decision to remove Soojin from the latest song. The group is now considered as a 5 member group. The upcoming song will be re-recorded and published as a 5 member band.

The Future Of The Band

(G)I-DLE debuted on May 2, 2018 since then it gained popularity among the fans. The recent changes has made fans heart-broken over removal of Soojin from the group. On August 14, Cube entertainment removed Soojin immediately after providing a statement officially. Soojin fired back by denying the ‘rumors’ by releasing a statement on March 17.

From now on it is considered as a group of 5 member and all the recorded videos re-recorded.

However, fans expressed their grief through social media platforms. Because of such uncertainties fans may not expect her comeback in any future videos.

What Made Cube Agency To Remove Soojin From The Group?

See also  Yung Miami safe after the car shot incident. The baby is healthy as well.

The allegations was then supported by another victim making a strong statement. As a result Soojin was halted from being a part of the band in any form. On March 17, Cube denied the claims made by the victim by issuing a statement.

At the end, Cube stated that they had filed a lawsuit against false rumors as well as the first accuser. Hoping that the truth will be revealed through investigation. Soojin was then removed from the group immediately after the statement. Cube entertainment promised to support (G)I-DLE because of their talent and future growth.

In another news, the popular K-pop star has been jailed