Post Malone’s new and third album is out and the album titled Hollywood’s Bleeding features collaboration with other big singers such as Halsey, Travis Scott and Ozzy Osbourne.

Hollywood’s Bleeding is out now! https://t.co/iYLKAYah72

Austin Richard Post or as the rapper and singer like to go by, Post Malone has been on his way up since his first debut album. The singer’s debut studio album called Stone came out in 2016 and was number four on the US Billboard 200 and a triple-platinum album. Malone’s second album, Beerbongs & Bentleys (2018) was nominated for the Album of the Year at the 61st Grammys and featured the hit soundtrack Sunflower in collaboration with Swae Lee from the film Spider-Man: Into the Spider-Verse. 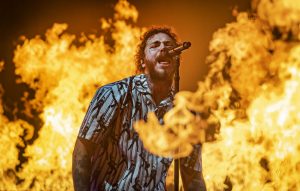 His third and recent album was released on September 6th, 2019 featuring the pre-released single songs Wow, Goodbyes, Sunflower, and Circles that have been on the billboard for a while. 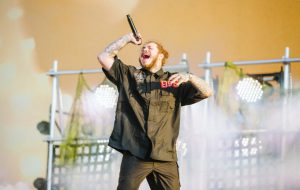 The four-time Grammy Award winner has collaborated with Ozzy Osbourne on the track ‘Take What You Want’, co-written the song ‘Internet’ with Kanye West and has collaborated with Halsey and Future in ‘Die for Me’, with SZA on ’Staring at the Sun’ and Meek Mill and Lil Baby on the song ‘On the Road’. Of these collaborations and songs, the pairing of Malone with the Prince of Darkness Osbourne has been the most surprising and unexpected. 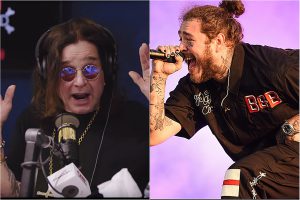 However, Post Malone has been known for his wide range of preference in music and his occasional covers of various artists from Bob Dylan, Nirvana, Frank Sinatra to Fleetwood Mac. He has previously performed with Aerosmith at the MTV Video Music Awards and Red Hot Chili Peppers at the Grammys. 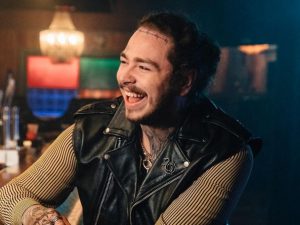 The rapper and singer get his wide preference in music from his dad, Rich Post who revealed in an interview was heavy metal, hairband kind of guy and went to concerts of Motley Crue, Bon Jovi, AC/DC, Prince, Bruce Springsteen, Duran Duran, and Billy Idol. Malone has also worked as a DJ for CNY so has an idea of the wide genres of music. 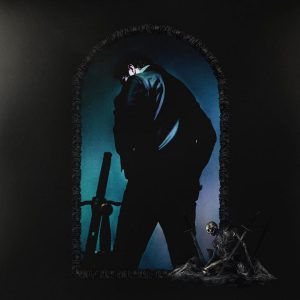 Post Malone is currently on the last leg of his tour with a concert scheduled at Upstate New York at the KeyBank Center in Buffalo on October 6th. His new album with 17 songs is available now on Spotify and Apple Music.