Who is Hisoka? Read about this Anime character, latest updates and our review on it. 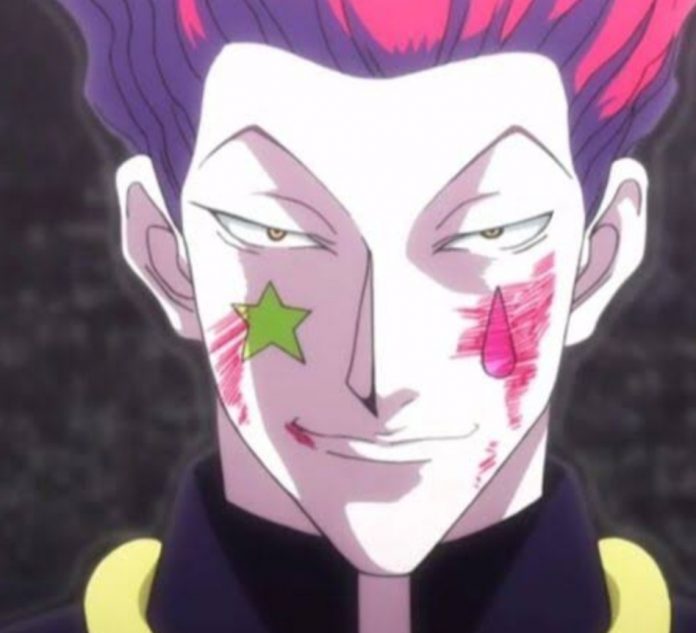 Although animation is a virtual world, it has its own aura of life within it. Japanese and Chinese are taking the lead in creating such an amazing virtual world. One such Japanese anime series is a hunter.

Nippon TV was a broadcasting network, and its first episode was released on 2nd October 2011 and last being on 23rd September 2014. Great series with optimistic evaluation, all characters can be noticed in the plots.

It was based on Yoshihiro Togashi’s hunter manga. Plots of the series being placed nicely, starting with a young boy named Gon freecss coming across his dad Ging’s secret, is not dead. Later he found his dad to be a legendary hunter and plot then revolves around the footprints of his father, leading him to be a hunter for humanity.

Being a legendary hunter is quite elite, though. The follow up of the plot seems to be inclusive of past events and which throwback some quite realistic entropy.
As for the race of hunters, there was a character Hisoka Morrow who was a tough competitor indeed.

He encountered with Gon while having a fight with Peoria, where Gon saved Iorio from Hisoka. Hisoka is quite a violent character and brings an enigmatic interest in the wild taste of the battle. His character indeed is reflected as a whimsical liar. Sometimes he shows some self-destructive attitude and takes pleasure in that too.

As per the appearance is considered its more of a clown and often treated as a magician in the series.
He wears face paint, with a star shape on the right cheek and teardrop shape in his left cheek. Hair is combed back and gelled. He although changes his appearance, but the short-sleeved or sleeveless jacket, long pants, leg wraps, belly bands decorated with suit symbols are quite familiar though.

This outfit with Amber eyes and red hair embraces his character as a bold magician. In some plots, there are traces of his childhood flashback story being a poor family; may be this can be a reason for his fierce transformation to fight the world and take the revenge for all sufferings in an utterly wrong way, though. Overall it’s quite an interesting character.

Previous article
Billie Eilish to host the radio show Apple Music with Dad Patrick O’Connell
Next article
Andy Serkis Made A Big Revelation About The Upcoming Matt Reeves’ Batman Movie: it might get real dark this time!