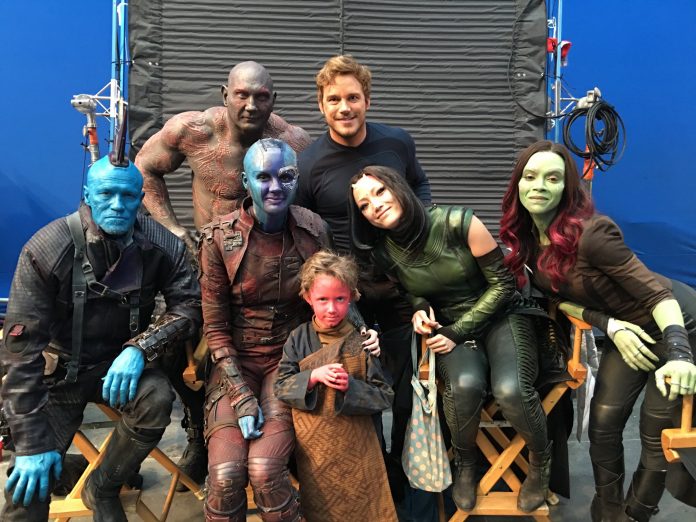 Guardians Of Galaxy VOL-3 is the end of an era

On the Deadline’s Hero Nation Podcast, the director spoke about the volume- 3 to be the last part in the franchise featuring all the actors. It will be out in theatres on 5th of May, 2023.

James Gunn has said that third volume will be even bigger than the last 2 volumes. He claimed that this film will be so big and dark from what people might be expecting it to be. He believes that he want to be true to the character and since it is the ending, people deserve the best story line. Although, after the third firm the trilogies turn undesirable but not always.

Further, the ending of a story which the fans are following have always been a difficult task. He told that it was strange and long and every so often the journey while making the movie was challenging. The obstacles along the path has made the journey more blissful.

This statement of Gunn is not for the first time because previously he told that he will create the fourth volume with the new squad. Though it will be a mystery for the fans. Still, considering how much the comic book lore, here will be plenty of options while assembling the new cast.

Last year, Dave Bautista told his fans that he was preparing for an exit from the Marvel Universe. Still there is a question, will there be a volume 4 with a new cast or is it the end? The fact is still unknown to the fans at the moment everyone is waiting for the volume 3.

Also read: MATT REEVES SHARES WHY HE MADE A NEW SCRIPT INSTEAD OF DIRECTING BEN AFFLECK’S BATMAN MOVIE

Previous article
Life And Beth : Violet Young To be the Teen Amy Schumer in The Hulu Series
Next article
NCT’s Mark Lee Coming with Solo Single “Child” Next Month!