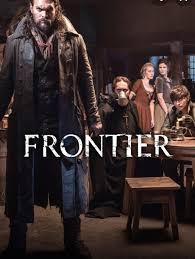 It seems like Jason Momoa playing an outlaw is something that fans surely love to watch. That’s why Netflix soon came up with a show titled the Frontier starring Game of Thrones star Jason Momoa! Let us take a look at all the possibilities of this Netflix show and upcoming seasons !

Is Netflix Series Frontier Returning For Season 4 Anytime Soon? Here’s What We Know.

After three back to back seasons, the show soon became one of the most underrated shows in the streaming service. Moreover, the show received mixed reviews mainly due to the supposed inconsistency of the story.

Sadly after three seasons, Netflix has apparently canceled the show and is not continuing the series anymore. Although the streaming giant has not made any official.announcement itself. To add on to the complication lead star Jason Momoa has assured fans that the fourth season is going to be dark!

Jason Momoa Along With Other Cast Members Might Has Hinted Towards The Fact That The Show Is Canceled! Have A Look.

Amidst this confusion, some of the cast members have indirectly stated that season 4 is actually not in works anymore! Even Jason Momoa mentioned in one of his Instagram stories saying Rest in Peace Declan which is his character in the series.

Moreover, now that even the leading star has pretty much confirmed the news of the cancellation we can assume that the fourth season is not returning anytime soon enough on the streaming giant. However, fans who watched the series war pretty much looking forward to the fourth season and even wanted to see how the story unfolds further. It seems like now the conclusion is best left with our imagination.

Previous article
TikTok Star Kio Cyr And Olivia Ponton Announced Their Breakup Which Led To Major Backlashing From Fans! Check it out.
Next article
Did Scott Disick and Kourtney Kardashian go on a secret trip before his breakup with Sofia Richie? Find it out.