Emilia Clarke shimmered in her purple Valentino dress and Henry Golding took hearts with dazzling smile at the’Last Christmas’ premiere night!! Check out what she revealed during the interview!!

Emilia Clarke shimmers in her dazzling purple Valentino dress as she makes her way out on the red carpet for her upcoming movie premiere ‘Last Christmas’ along with costar Henry Golding. 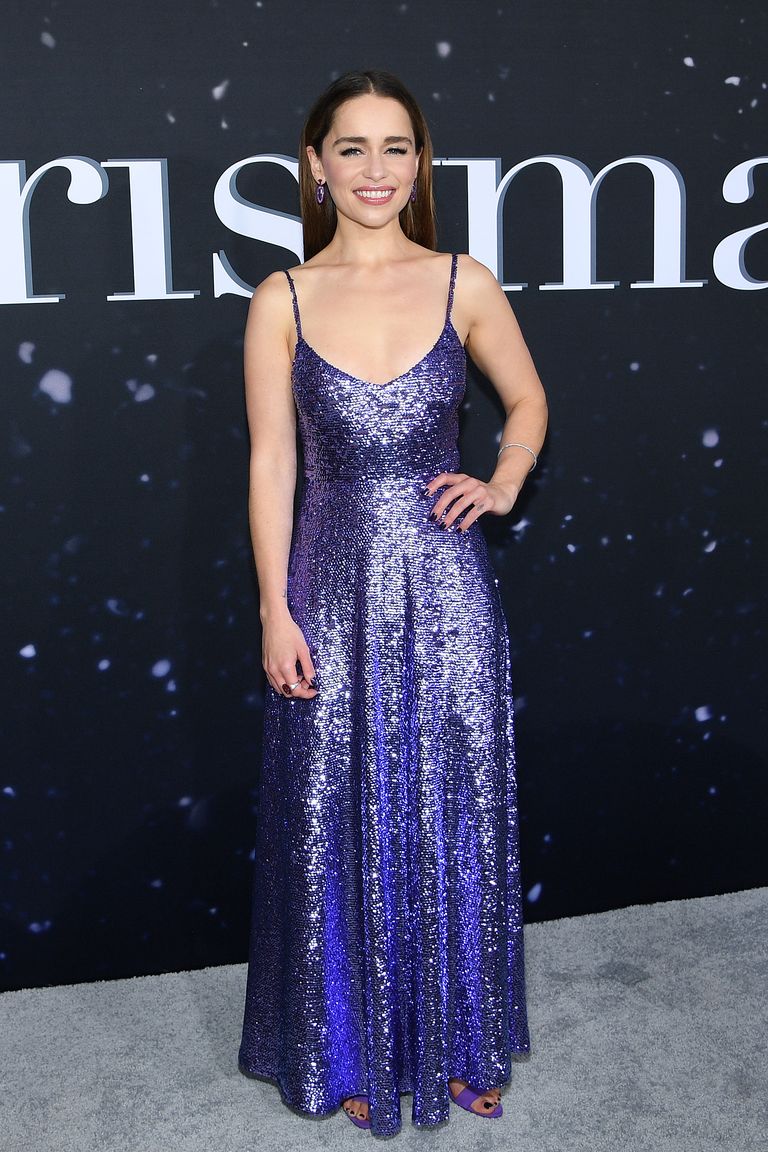 On Tuesday night, October 29, at AMC Lincoln Square in New York City, the 33 years old actress made her dazzling dress earn the entire credit of the night. Emilia’s beautiful dress embroidered with sequins gave the elegant looks of a Christmas evening without any chaos before deciding upon contrast colors to use to shine out her purple slip dress, she kept it simple with every accessory of the same purple shade starting from her jewel to shoes and even her manicure.

Her costar, Henry Golding, showed up wearing Ralph Lauren grey suit with a pair of suede loafers and walked the carpet with wifey Liv Lo.

Other costars, including Emma Thompson and Michelle Yeoh and Director Paul Feig, also showed up the night of the premiere. Emma Thompson, who’s playing Clarke’s character’s mother, is one who also wrote the script as well in partnership with her husband Greg Wise, who attended the premiere together. 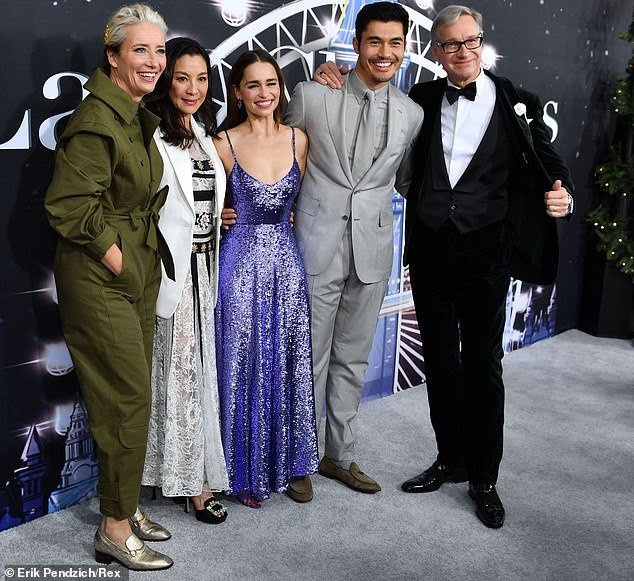 The story of the movie includes a frustrated, annoyed girl Kate whose life’s a complete mess until she meets a boy named Tom and her life takes a turn. Basically a holiday-themed romantic comedy movie.

After hitting back to back 8 seasons of Game of Thrones, Emilia had been busy with her other feature films side by side. Right from starring roles of Sarah Connor in ‘Terminator Genisys’ and as Han Solo romance Qi’ra in the Standalone Star Wars films ‘Solo: A Star Wars Story.’ Both films were as much satisfyingly demanding but as Game of Thrones but couldn’t make its place at the top as the show did.

In one of the interviews, Emilia opened about her feelings and cleared out that now on, she won’t be spending her time the way she did all these years; instead, she’s looking forward to putting her entire energy in starring herself out in particular projects which match her convenience line. Earlier she used to take up every project that was offered, and she felt nothing wrong in taking up jobs walking up to her doorstep, she felt it as her good luck but as time went by she started realizing her importance and hard work that she needs to put on every project; and that now on she’d be peculiar about the things before choosing and would be a little more careful before stepping for her next move.

The movie ‘Last Christmas’ is all set to hit the cinemas by 8 November 2019, but In Russia, it’s expected to release by 5 December.

Previous article
Insatiable season 2 is all about proving “woman objectification” theory wrong? Is Insatiable coming back for season 3? Here are the latest updates on the comedy drama series.
Next article
Want To Play Your Favourite Game Halo Reach for MCC!! No More Expensive Requirements!!